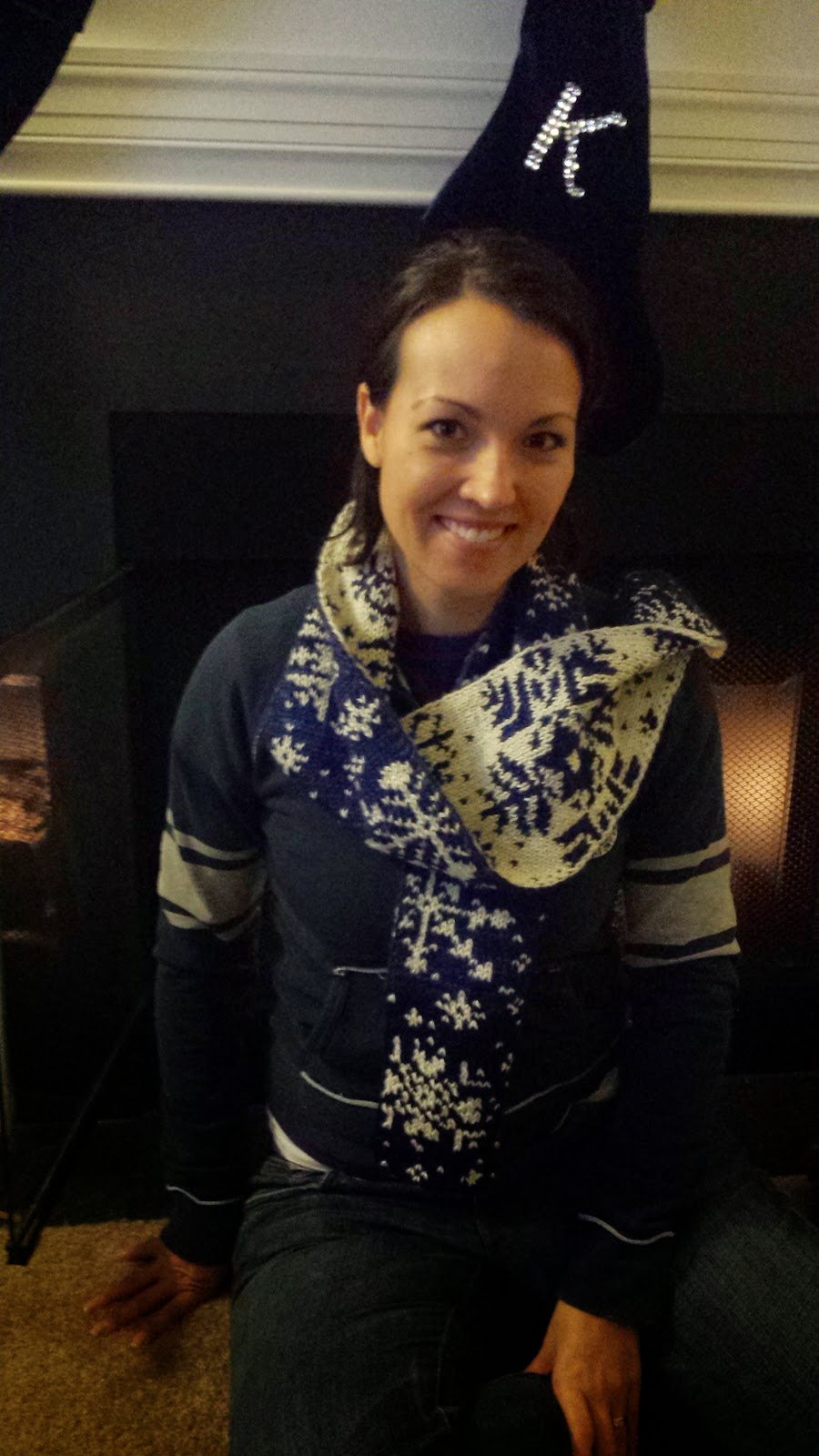 I've been obsessed with the idea of double knitting for a while now. Last year I attempted the technique but the pattern and I were not getting along. I figured out the technique no problem but the pattern  was not written well and it just became a huge mess. This year I decided I was not only going to master the technique, but also teach it AND have it as a fun month-long knit-a-long (KAL)! Luckily Amy, the owner of WoolWinders, lets me try out crazy ideas and we have it scheduled for the whole month of January. So starting in January (the 10th if you will) I'll be teaching a class where people can choose their OWN double knit pattern and join along for a month of knitting fun! 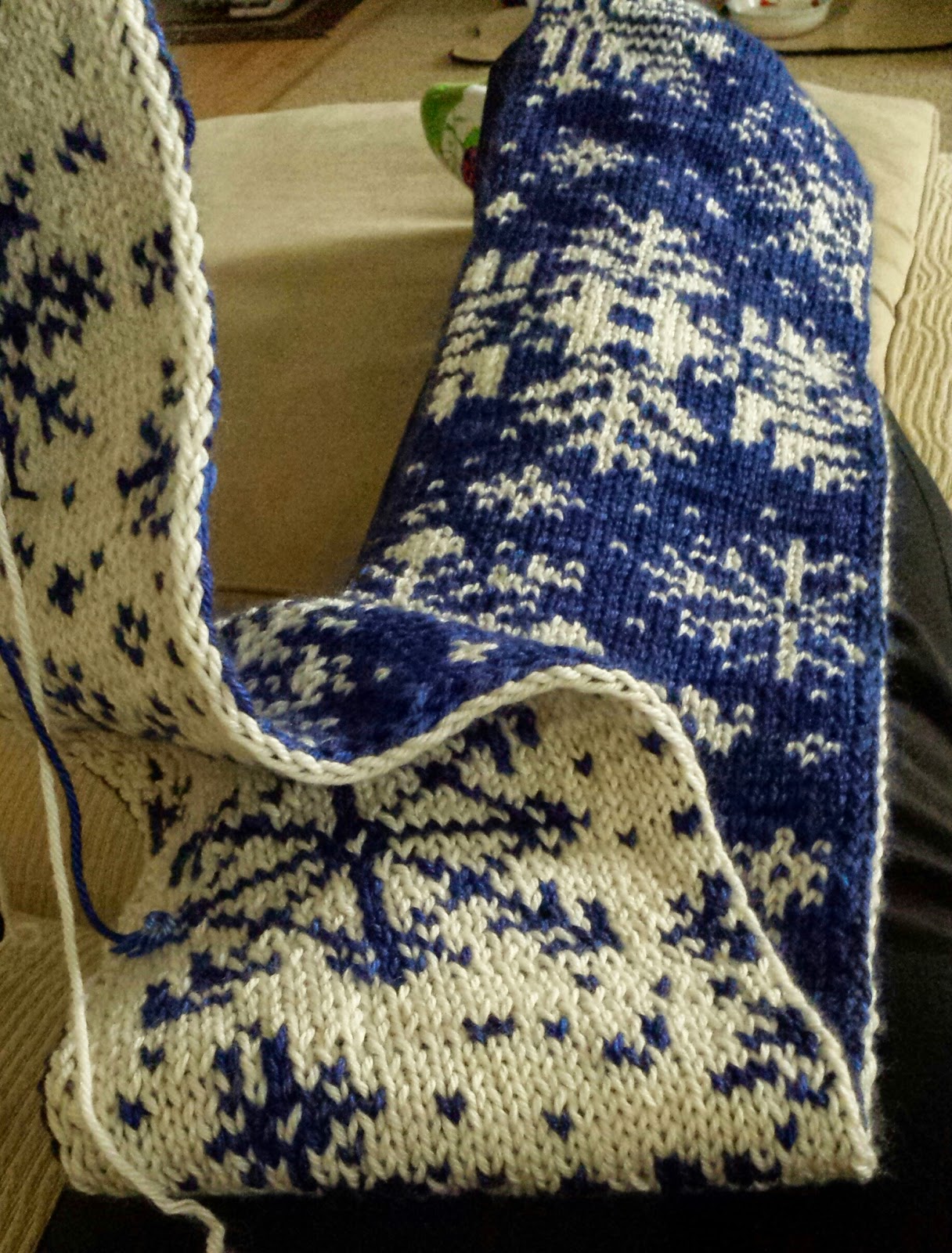 The pattern I chose for the store sample is actually for a fair-isle blanket that is worked in the round and then steeked (!!). Actually I'm totally intrigued and want to try knitting and steeking the blanket. But for now I just used the pattern for inspiration for my scarf. 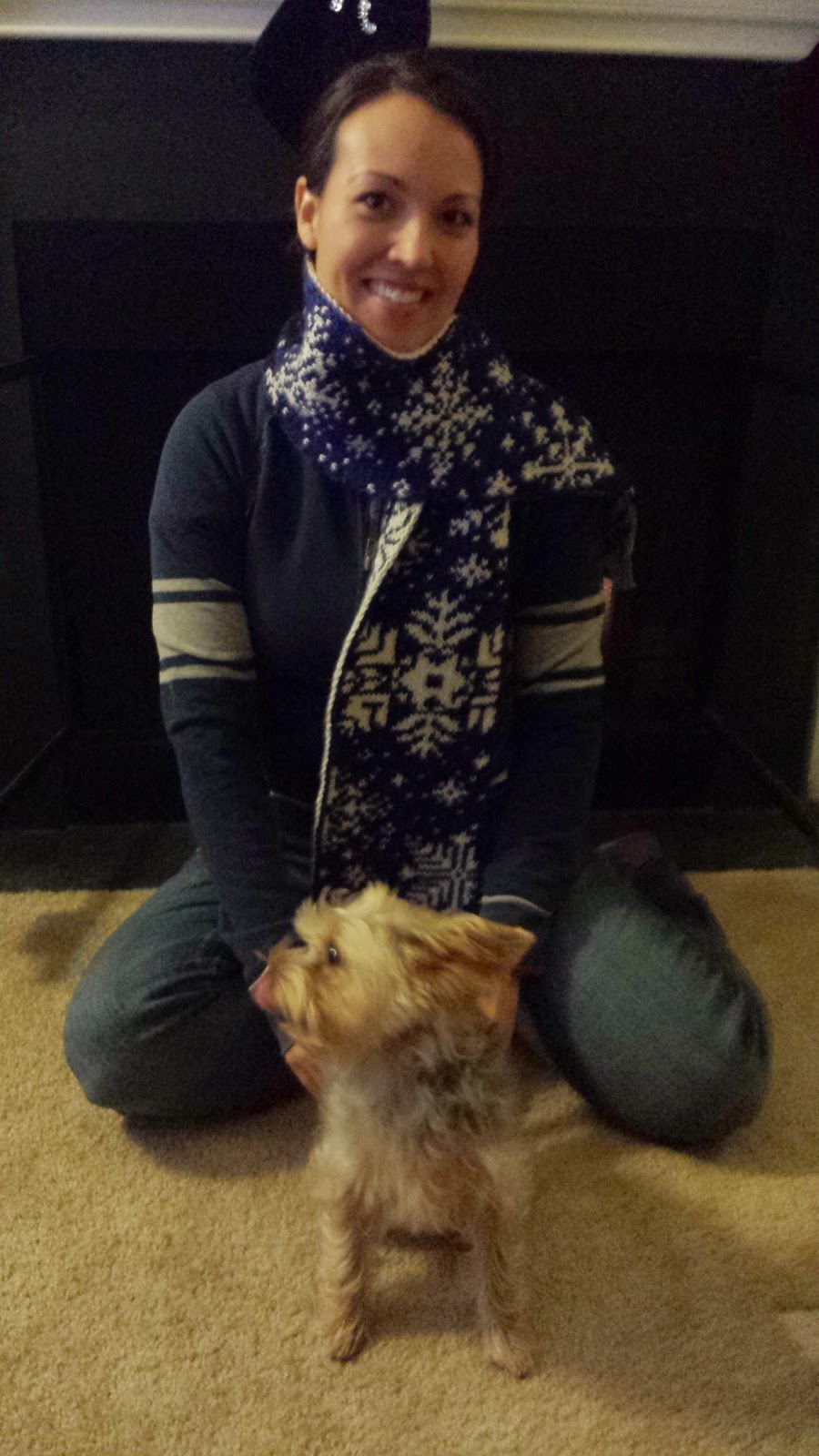 I really love my snowflake scarf. It's so warm and soft! The two layers of cashmere blend yarn are heavenly. If you ever want a luxurious feeling scarf draped around your neck go for the Madelinetosh Pashmina. Actually Rosie loved sitting on my lap while I knit this because the warm and soft cashmere would just drape around her. What a spoiled little pup! 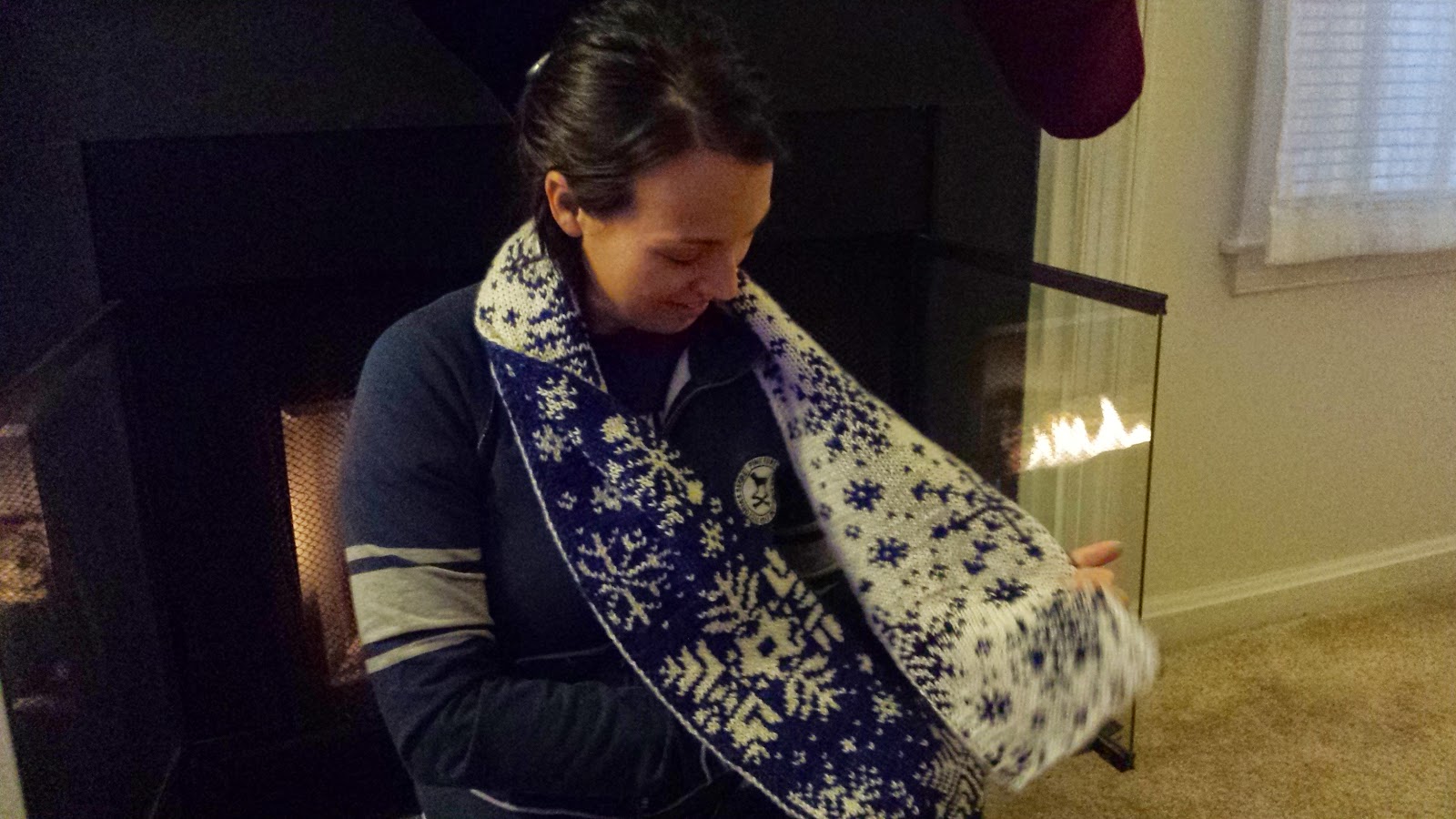 I'm hoping that people will try different patterns for the January KAL. I'll be knitting the There and Back Again, Hobbit story scarf for the hubs in a brown and cream combination (request by the hubs himself).
The other cool thing I'm attempting this class will be a virtual "hangout" twice during the month-long KAL. Two in-person sessions and two virtual sessions. These virtual knitting hangouts will either be a complete awesome success or huge awesome failure. Fingers crossed for fun and success but either way, I'm excited to try it out! 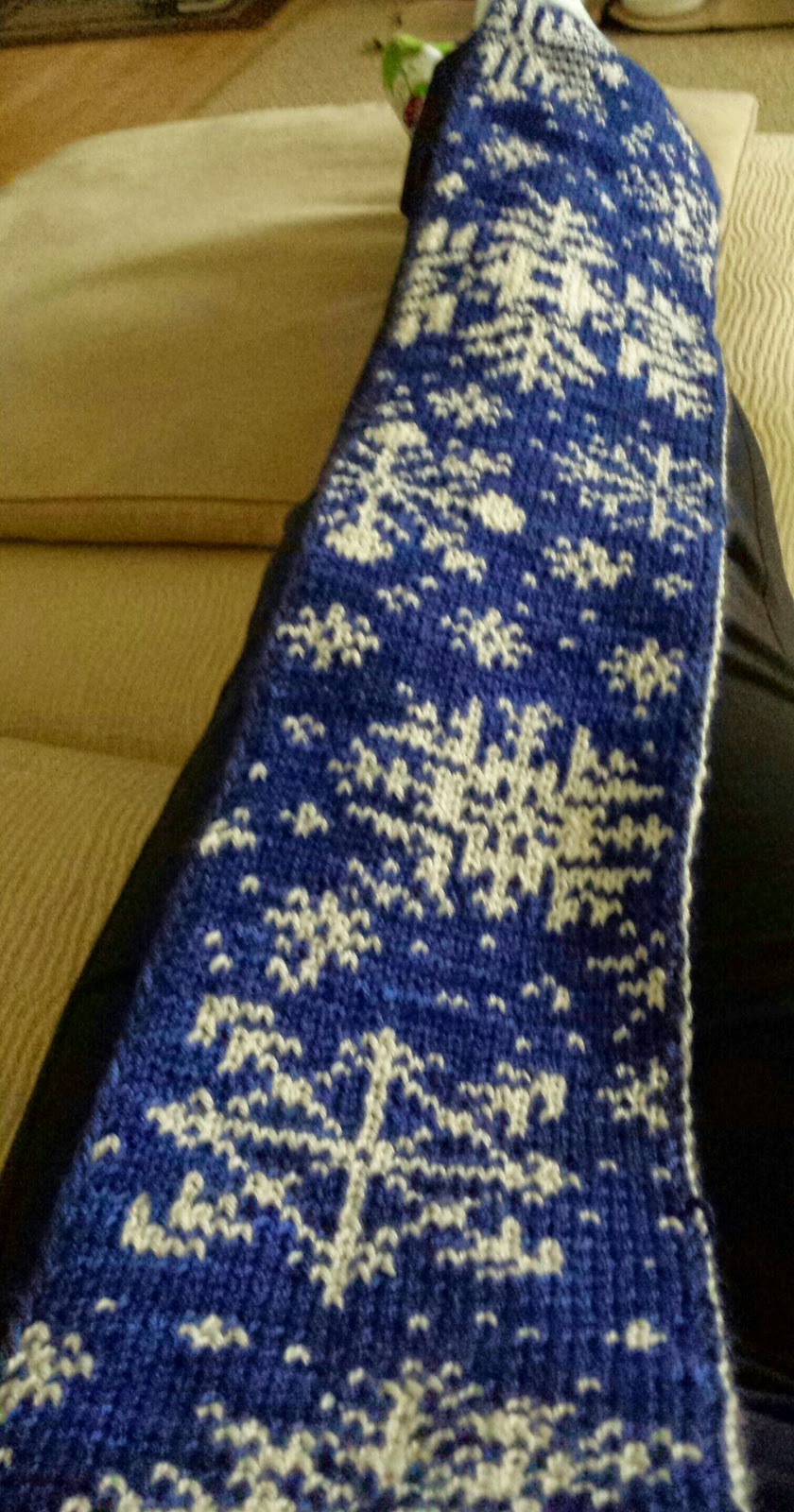 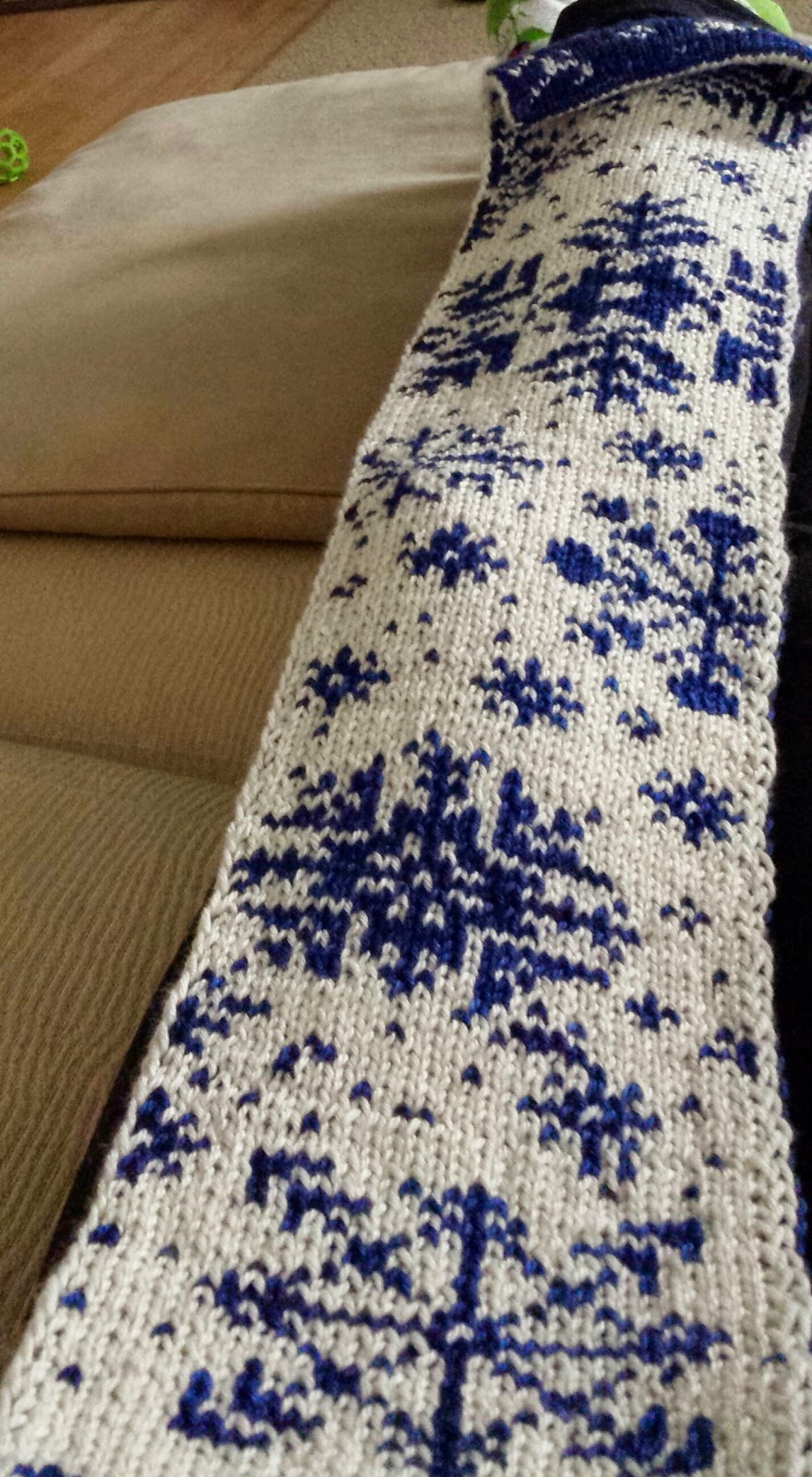 Lastly - I have to plug it one more time. Are you tempted to join me in the KAL? There are still a couple more slots available! Go to the WoolWinders website to learn more and register! How to double knit and a month of fun... sounds awesome to me! 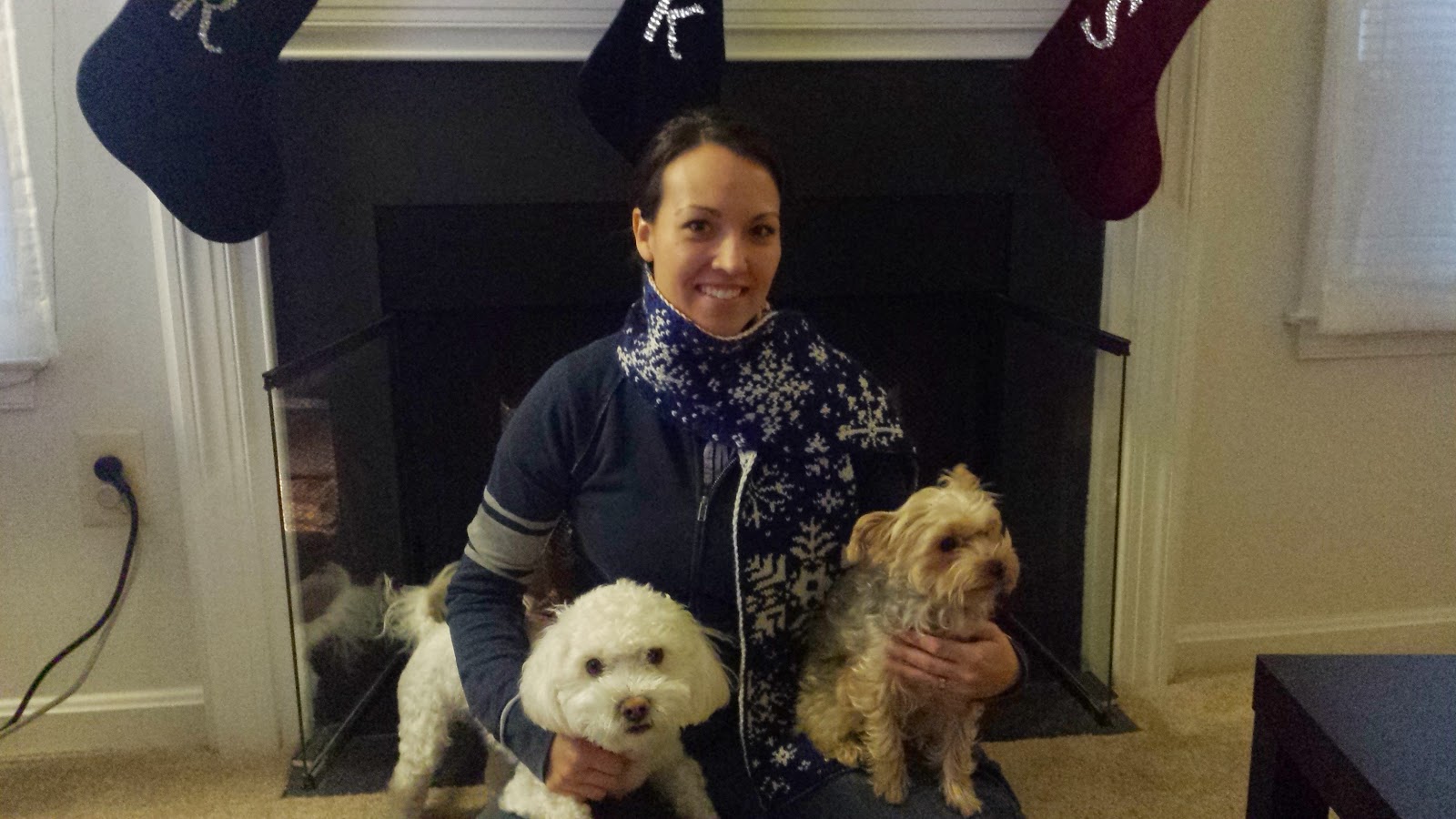 Sigrun said…
Lovely project. The yardage on your project page, is that the total of both colors? I can just see that on my German cousins. Always looking for projects for their Christmas gifts.
January 5, 2015 at 11:48 AM

I used approximately 250 yards of worsted weight yarn per color.