Has it really been a month since the last blog post?! Well I have to say -- I've been busy! Lots of knitting done but work has been crazy (all good stuff but so much to do!), knitting classes have been full and oh yeah, throw in a move to a new apartment into the mix.

I have a number of projects completed so over the next couple of weeks I will showcase other completed (and not-so-completed) projects, as well as some new knitting classes I'll be teaching. I'll start things off with my new Rainbow Socks: 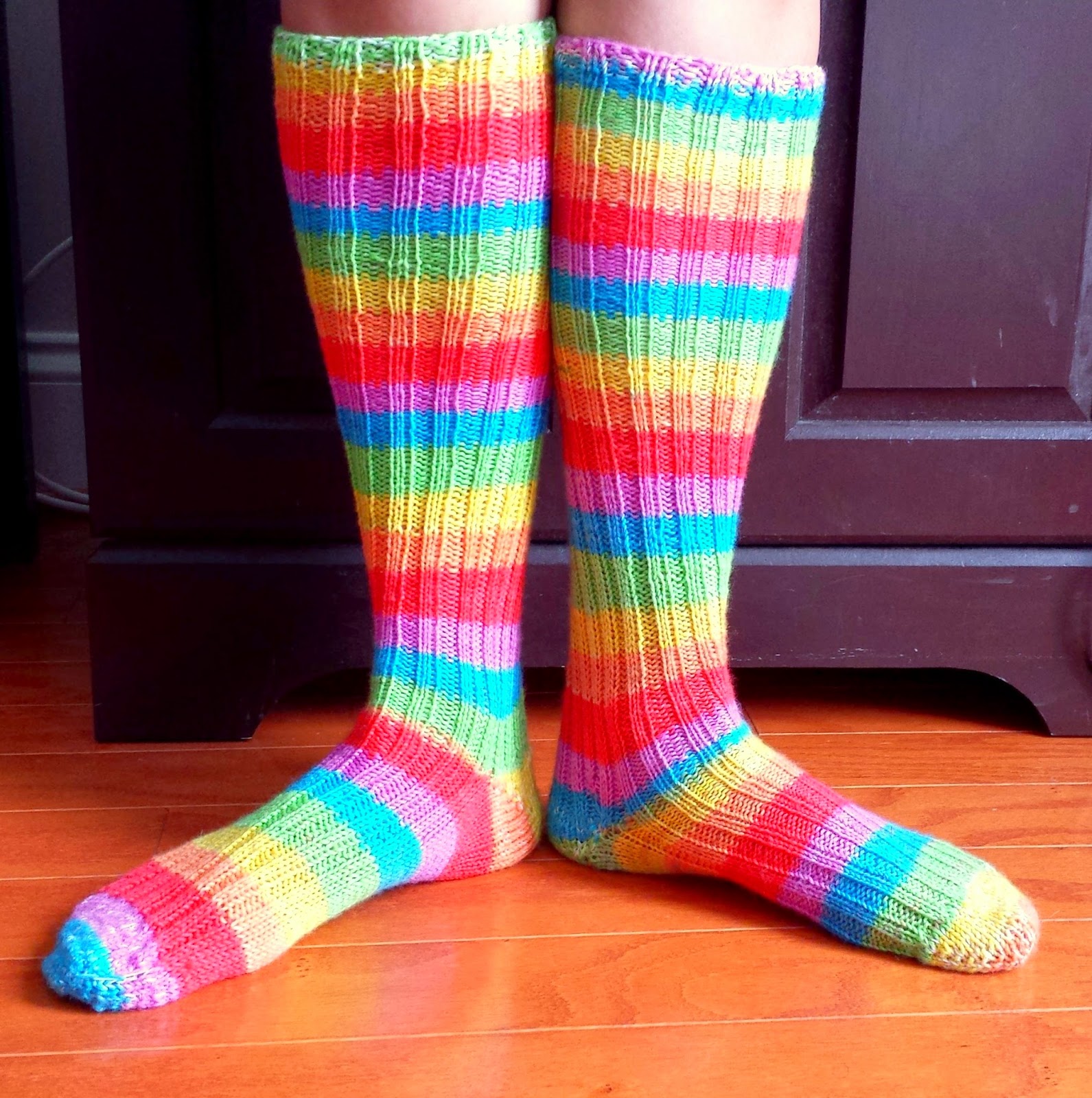 This sock yarn is okay. Yep, just okay. I have used this Knit Picks yarn before and I recall not loving the fact that it stretches like whoa after a couple of wearings. Did that stop me from ordering it when it was discontinued and on super sale? Nope. I had to buy this because 1 - it's self-striping and who doesn't like self-striping yarn, 2 - it is in a rainbow colorway (and everyone should have a pair of rainbow socks), and 3 - it really was cheap.

I followed Wendy Johnson's Basic Toe-up Sock pattern with the short row toe and heel options. And because this yarn stretches, sags and looses it's form easily I thought I'd try a 2x2 rib. Also I held elastic on the toe, heel and cuff. Hopefully these things stay put!

I tried to finish the socks for Easter. Clearly I failed that attempt. Actually I did complete the socks but I ran into an issue. I used one whole ball for sock one and did the same exact number of rows on sock two with ball two:
15 rows on toes
57 rows on foot
10 short-rows for heel
155 rows for leg
Held elastic for 5 rows on cuff (changed to 1x1 rib) 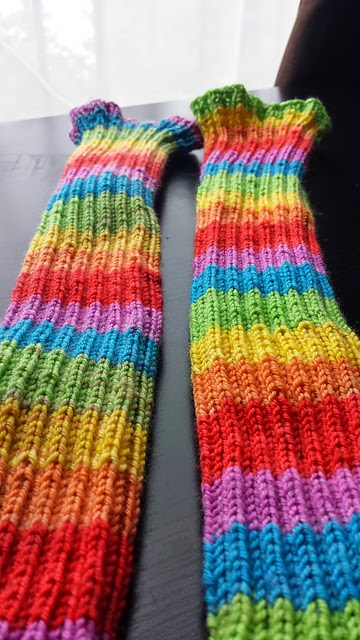 And I ran out of yarn WAY before I got to 155 rows! I think I had approximately 130 rows when I noticed I was running low in yarn. If I could go back I would have weighted the two skeins prior to starting just to check. To this day I am not sure if I had more in than the 164 yards in the one skein or less yardage in the other. So I had to rip back on the first sock and this just killed my mojo for completing the project. So it just sat in the corner of my room for a couple of months. But now they are complete (and have matching lengths despite what my photographs display....). 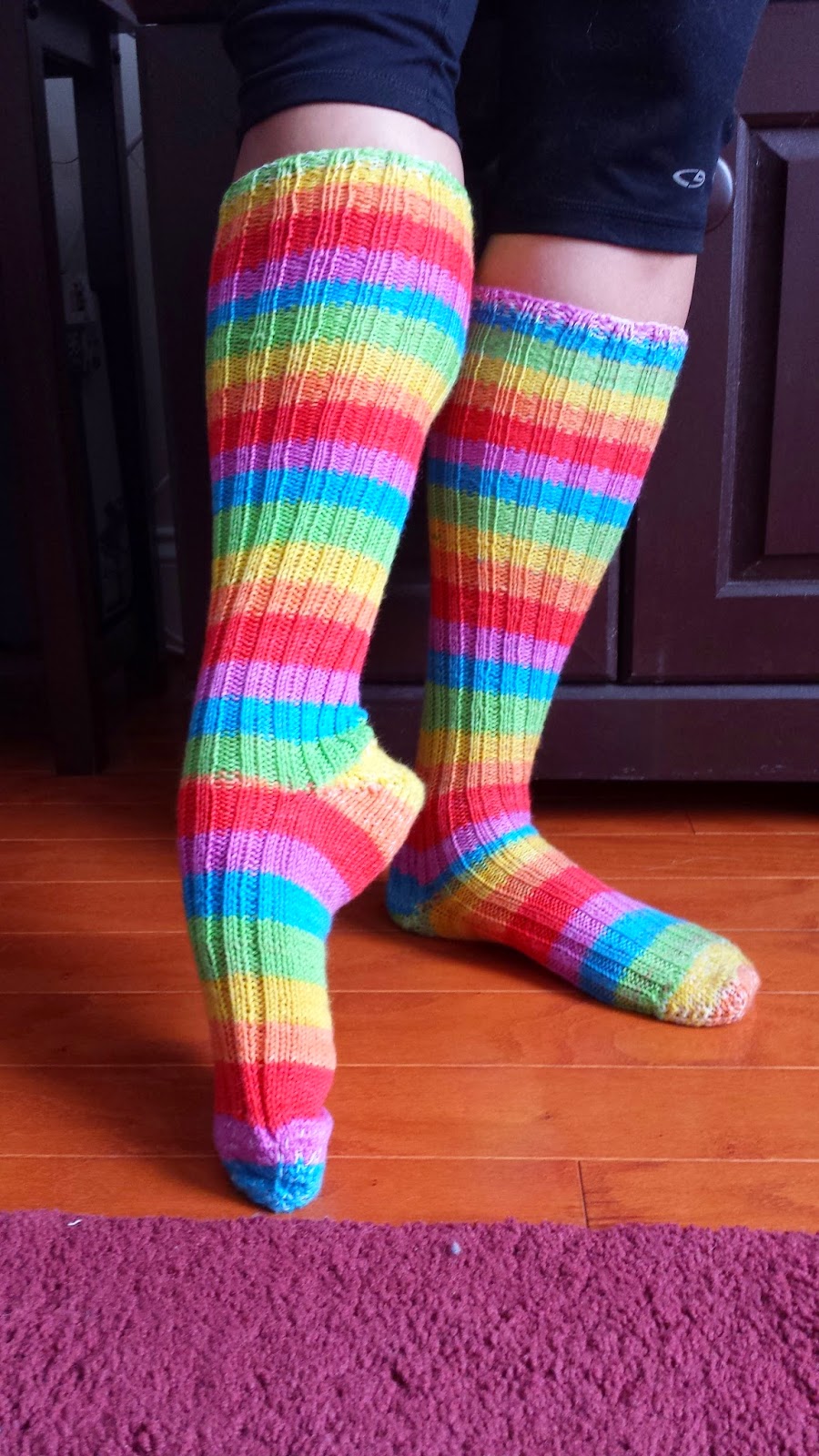 So another fun knit. We'll see if they wear well. But I really can't complain when I got the yarn uber cheap! 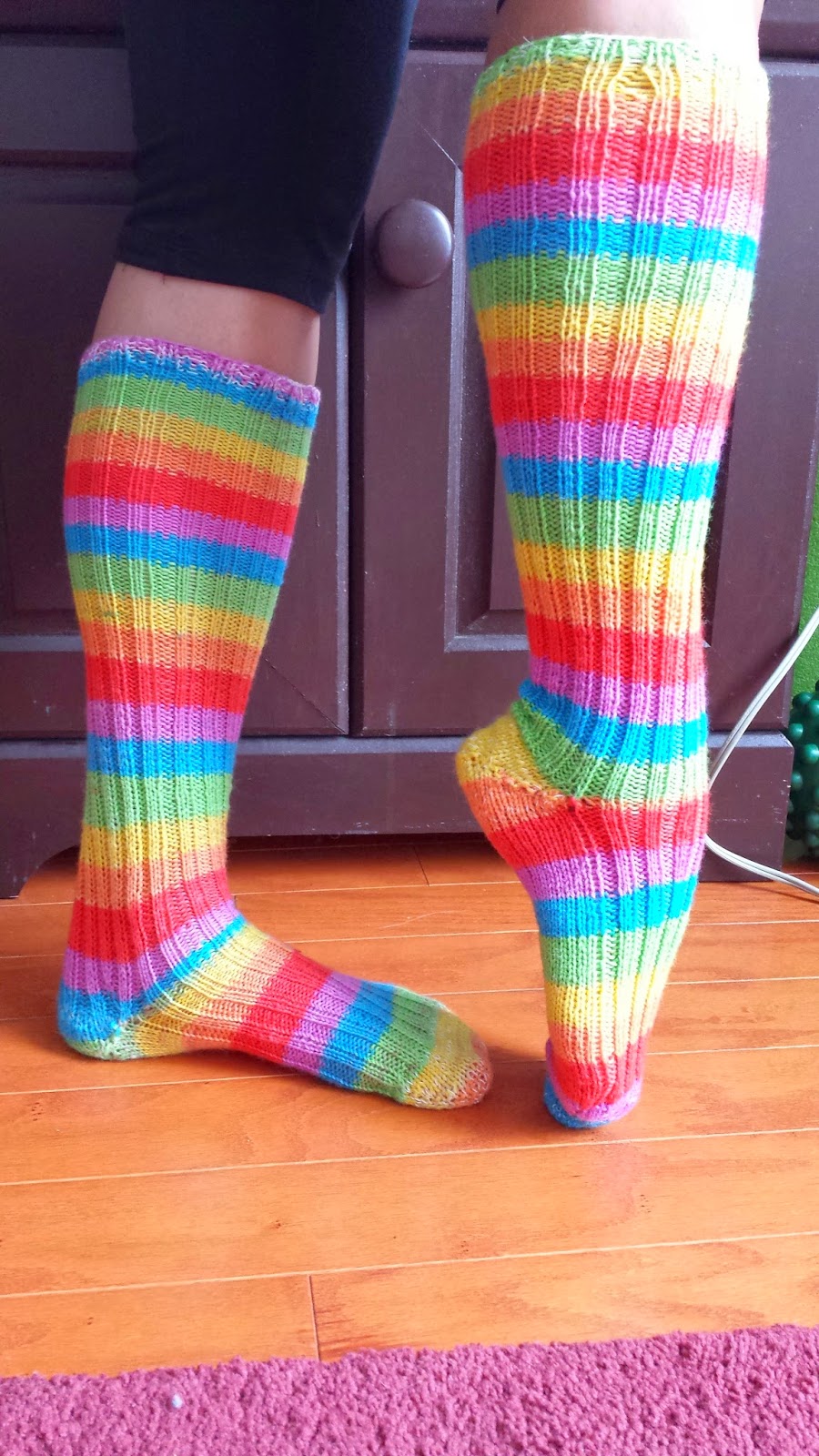 Anonymous said…
Oh my goodness, I love these!!! I'd seriously want to wear these every. single. day.