Probably the weirdest thing I've knit thus far (actually maybe not [thinking about the yoda hat, diva cozy, and doggy poop bag dispenser]) but a quick and fun knit! Okay, after making hyperlinks to these other knits I've realized I've made a lot of very odd things. Anyways.... This yarn drove me nuts!

We had a knitted sample sock at the shop and I couldn't stop stretching it. I would pick up the sock and walk around the store stretching it. You know those stress balls that you squeeze? Similar to that, except I would stretch it because this cotton yarn is so stretchy (so sorry to my shop peep who knit this!!).

After making fun of the yarn and saying how gross cotton yarn is you know I had to buy it right?

I knit a small square swatch and brought it to work so I could stretch it when feeling stressed. But that took up less than a quarter of the ball. So I started to look around a different projects and settled on making yoga socks. I liked this particular pattern because i figured the thong-sock would actually stay put rather than rolling or moving up my foot as I tried to do a yoga pose. 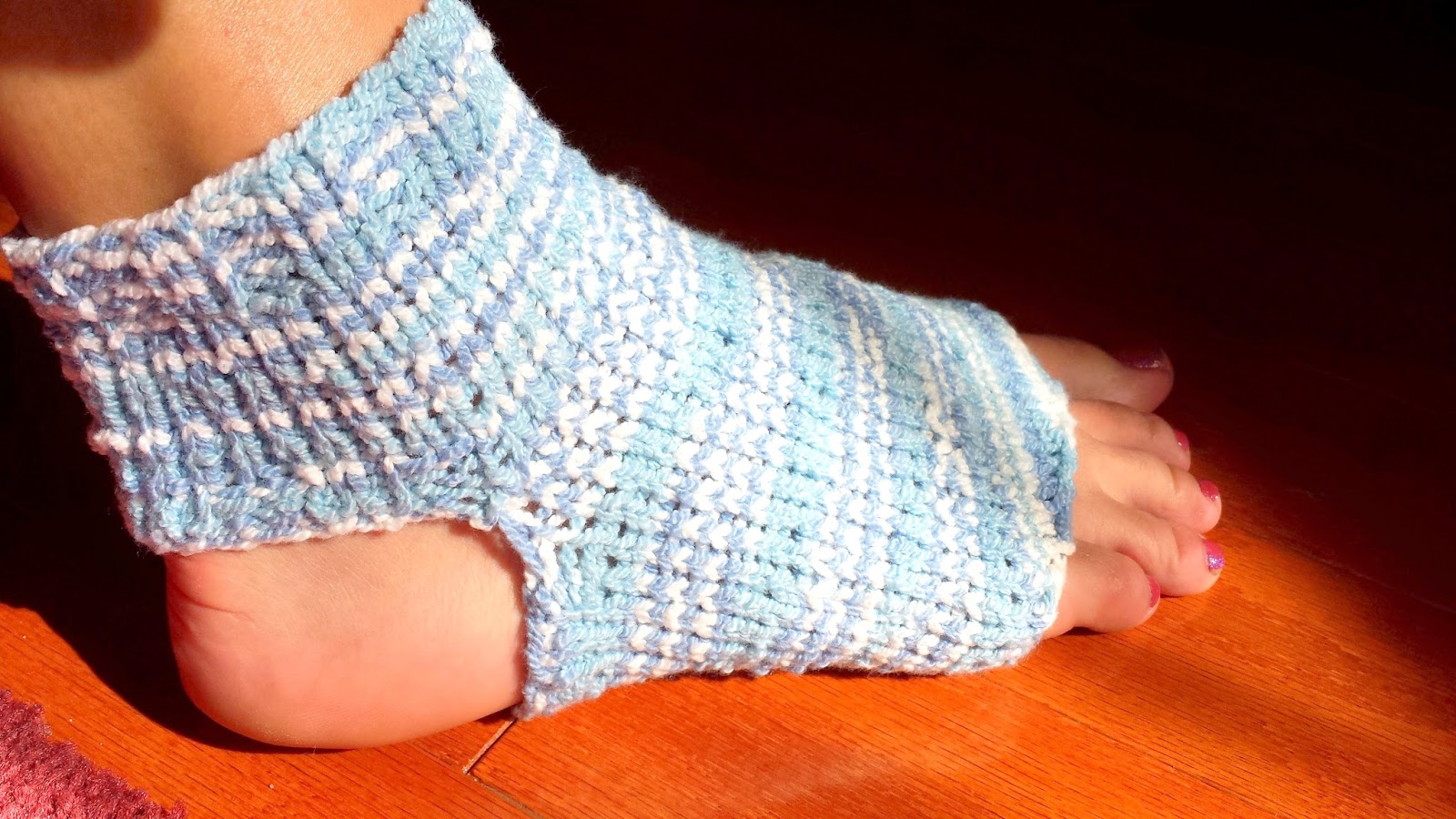 On the heel I worked a couple of rows of 2x2 ribbing so it would hug the heel area. 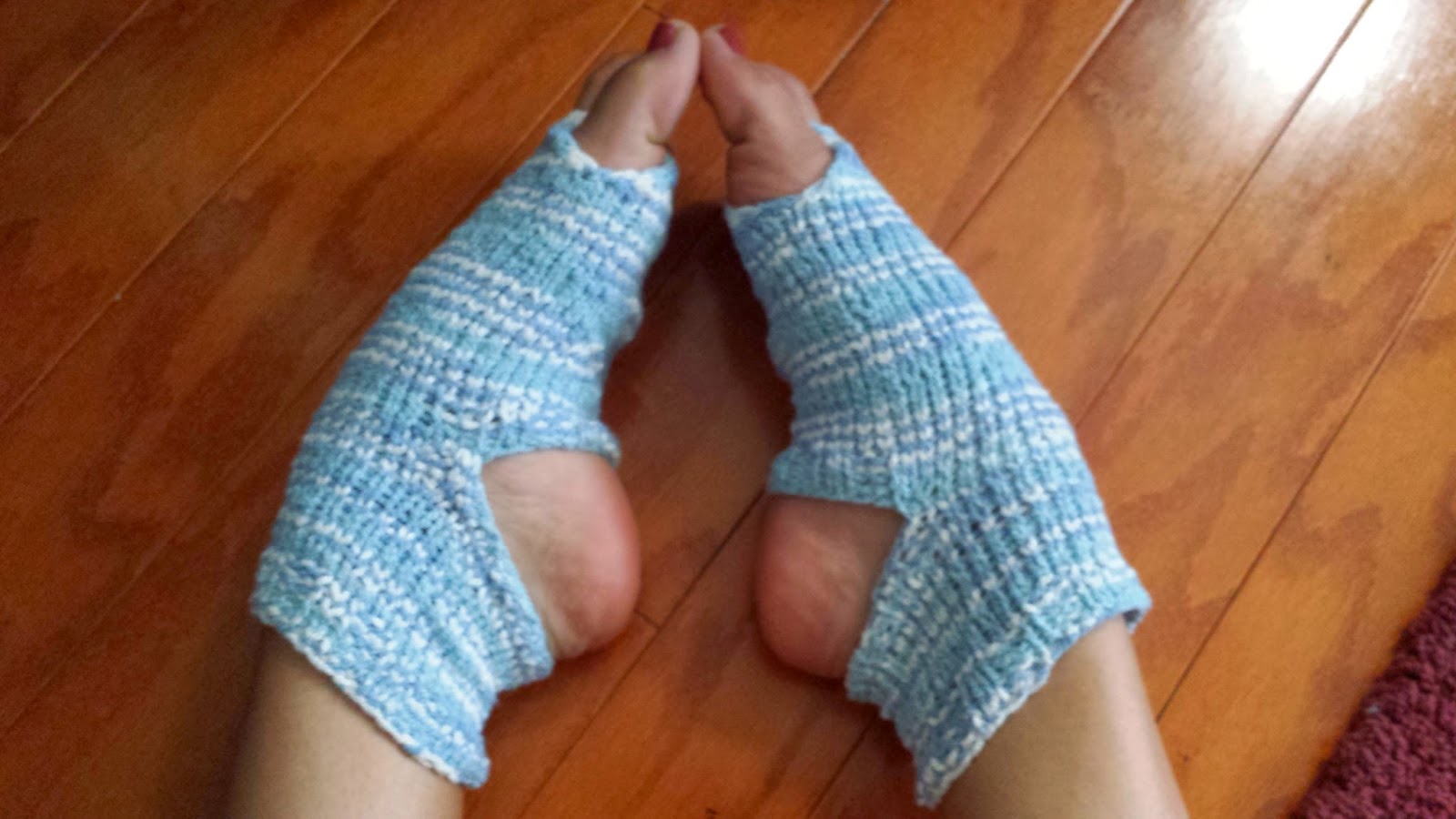 After using the socks once I think they are okay. Fine for during a warm up, or if I wanted to just do some simple yoga stretching at home. I might use some puffy paint and make some "grippys" on the bottom. We'll see.