This little guy has been done for a while but I had to wait until after the baby shower. Now that he has been gifted, please meet Mr. Sheldon Turtle! 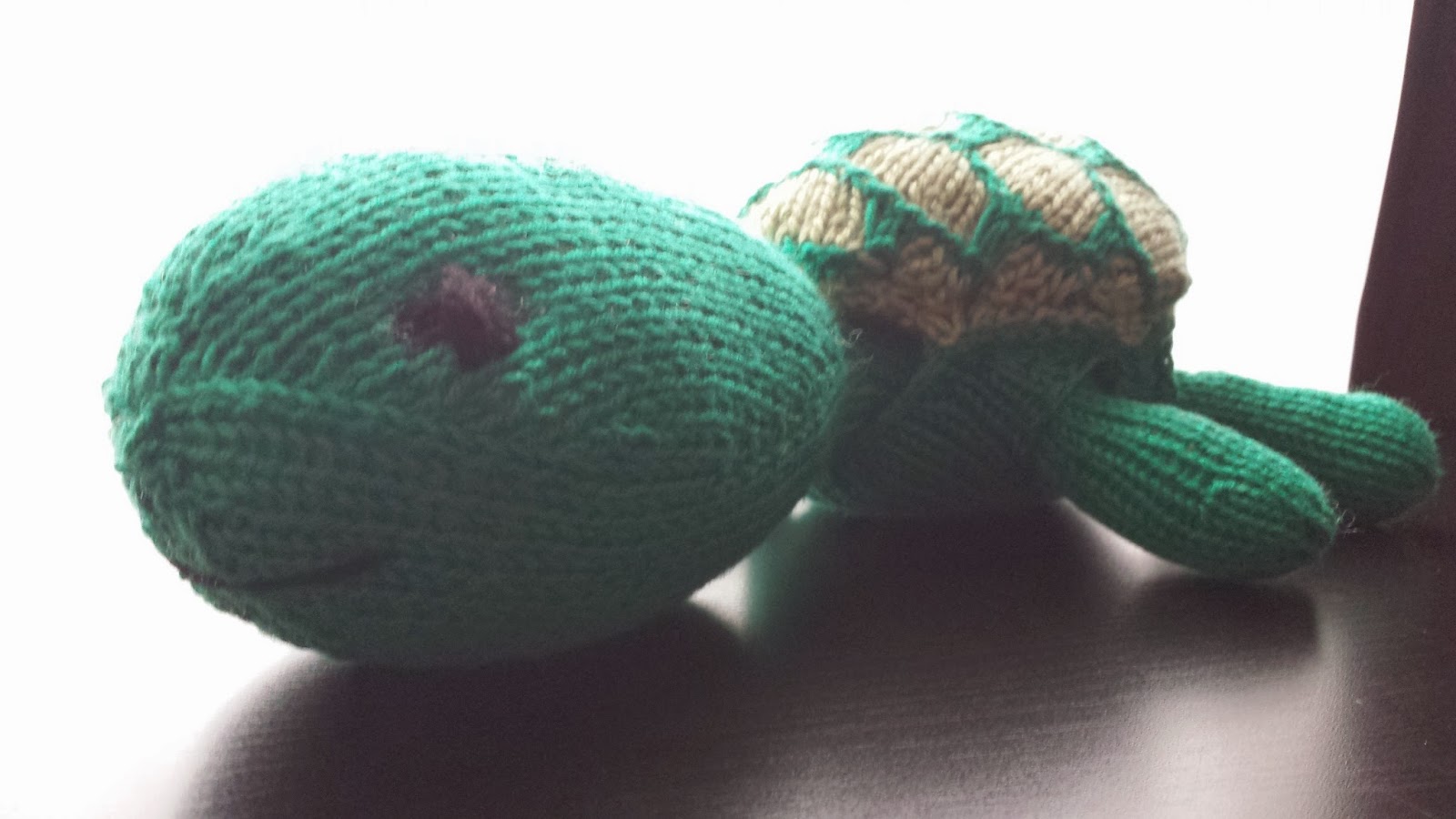 This little guy was a gift for a friend and co-worker (and her husband) who are expecting their first. I was tempted to try a baby sweater, blanket or cocoon (actually those rather frighten me). But I couldn't bring myself to knitting one of those conventional items. So instead I found the cute Sheldon pattern from Knitty.

This was actually a really fun and easy knit and I finished the knitting (body and shell) in less than a week. And that was with blocking the shell prior to seaming and stuffing! I had the most fun with the colorwork on the shell: 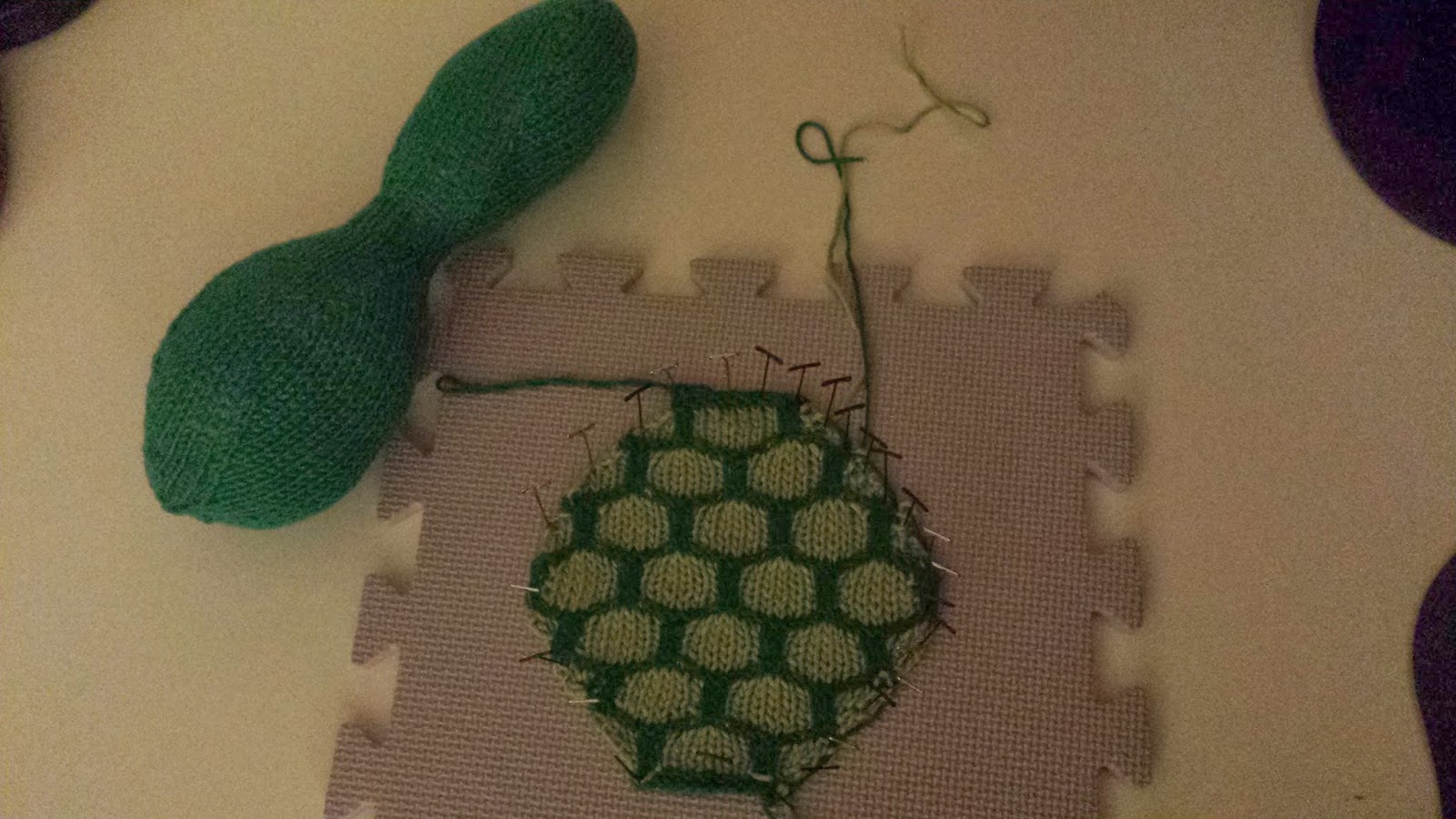 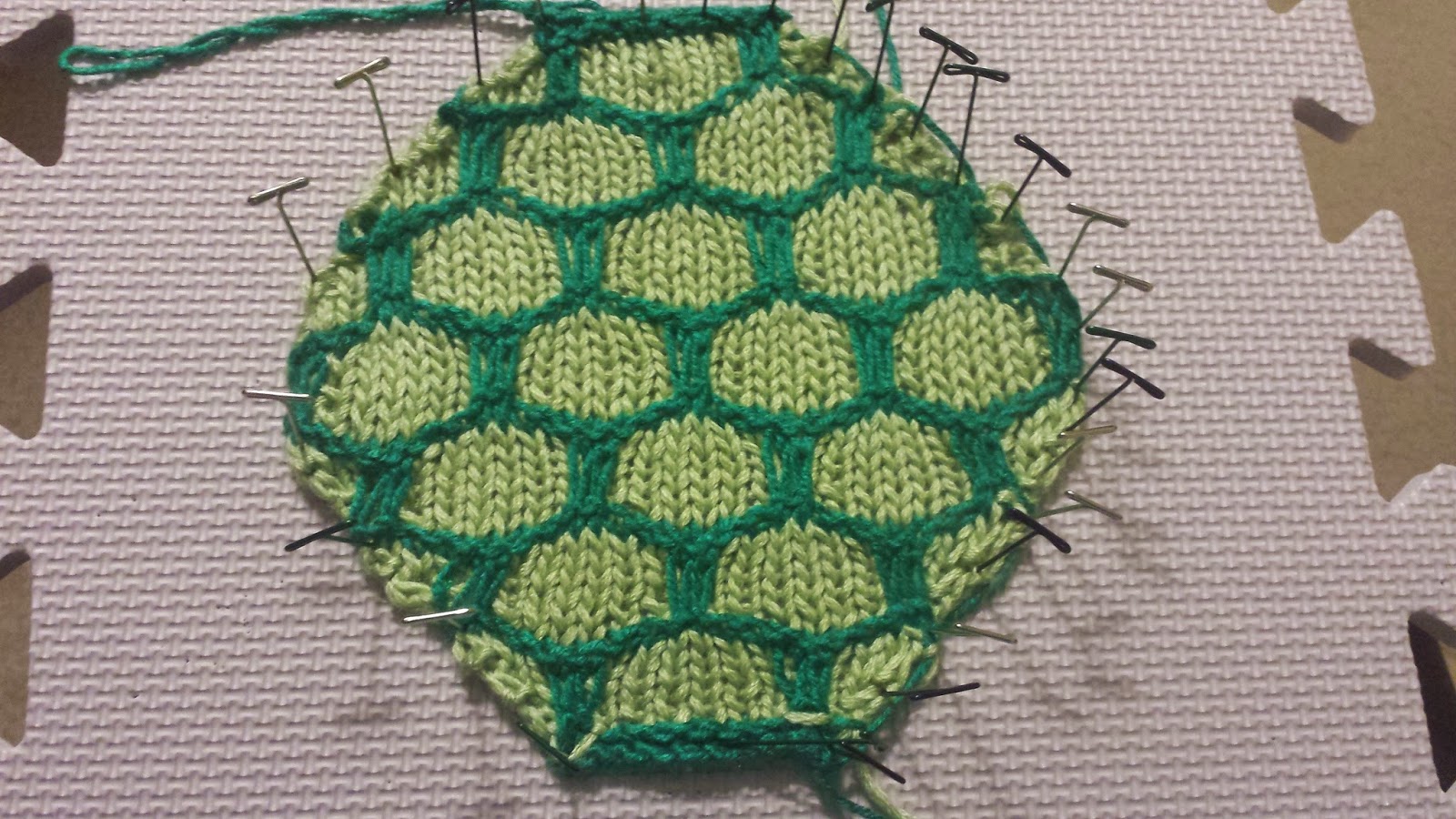 Here's a picture of the unstuffed shell (and his unattached legs!): 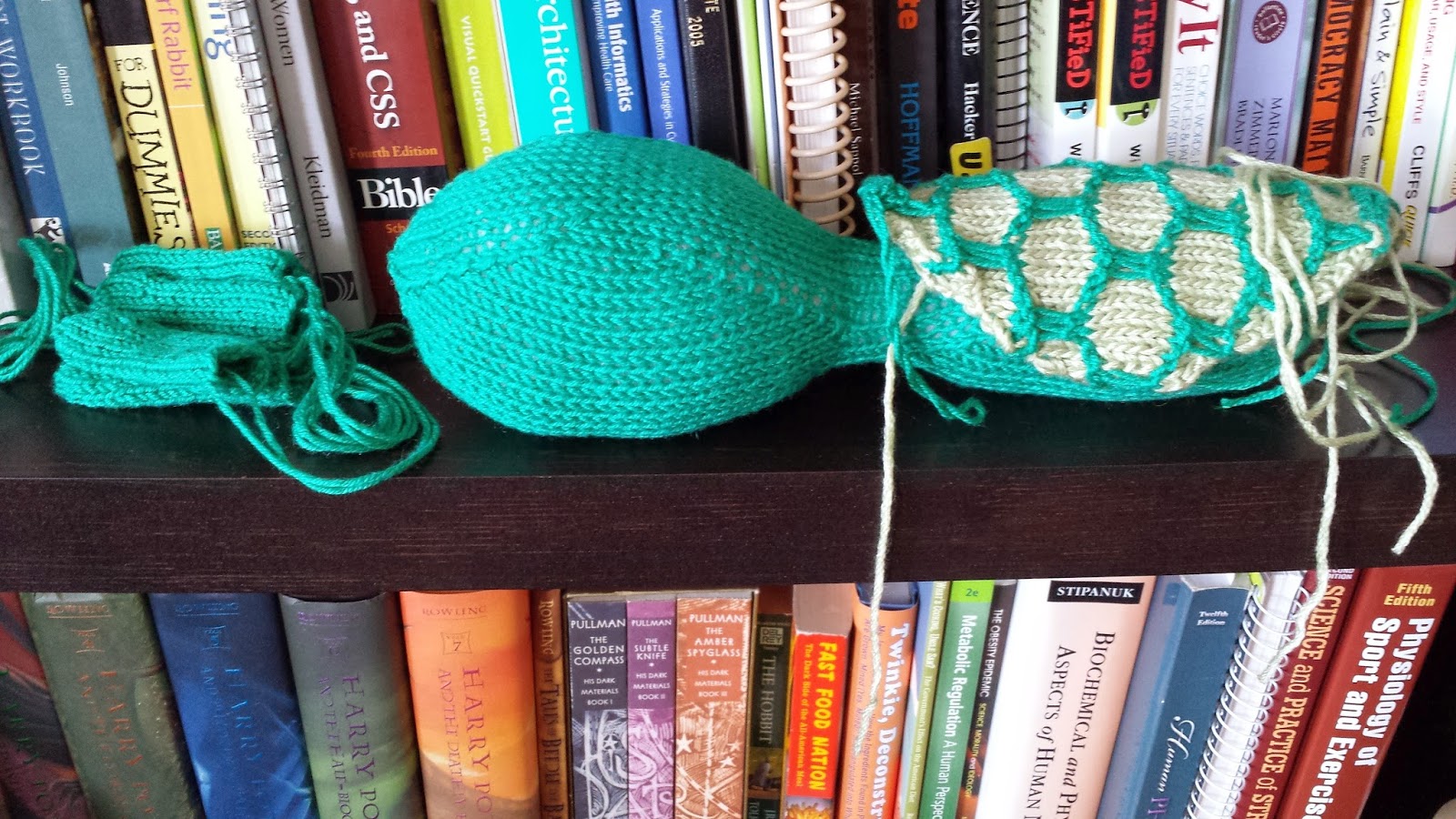 A dorsal view of the stuffed shell: 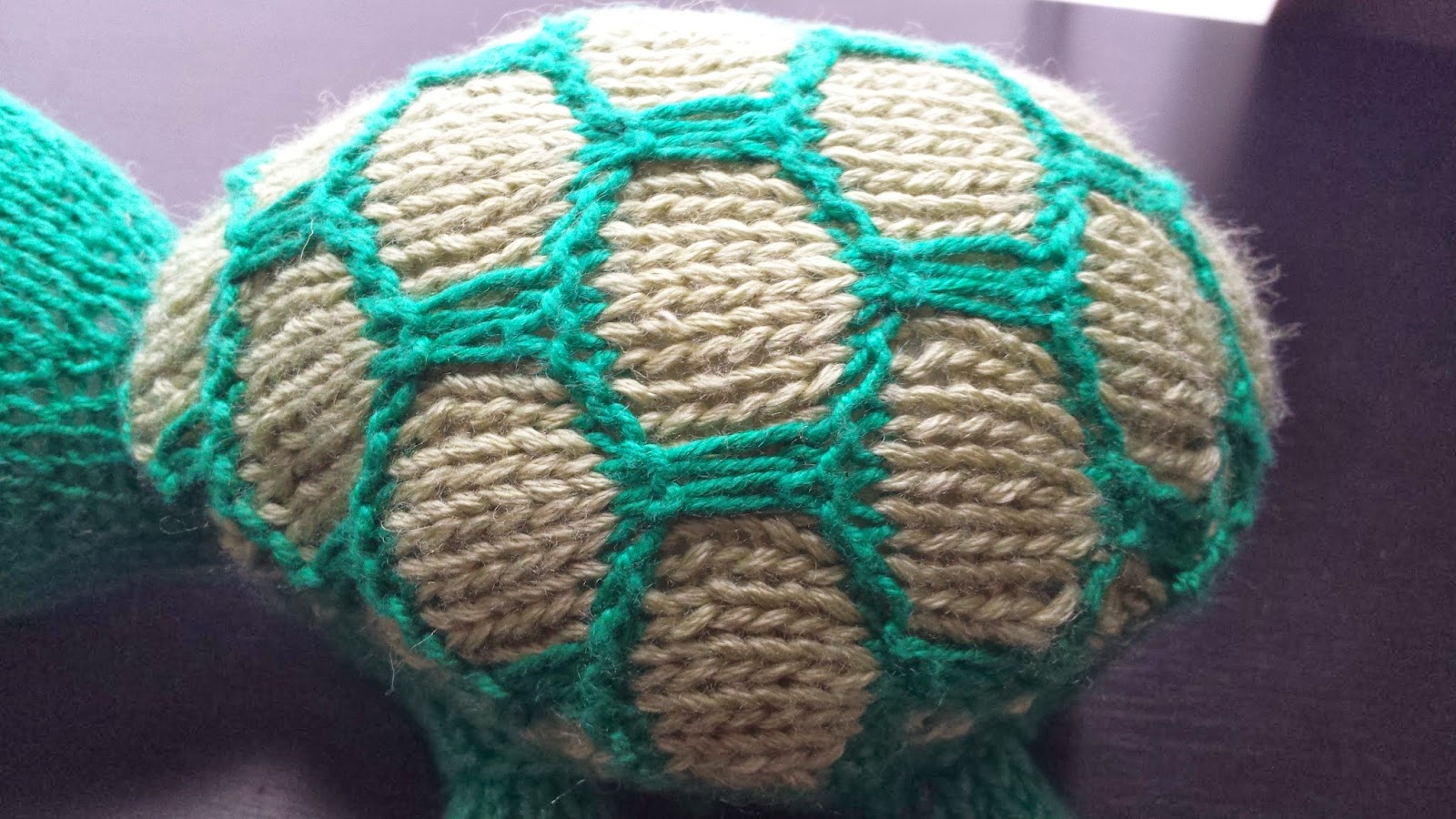 And a ventral view of his stuffed body and shell: 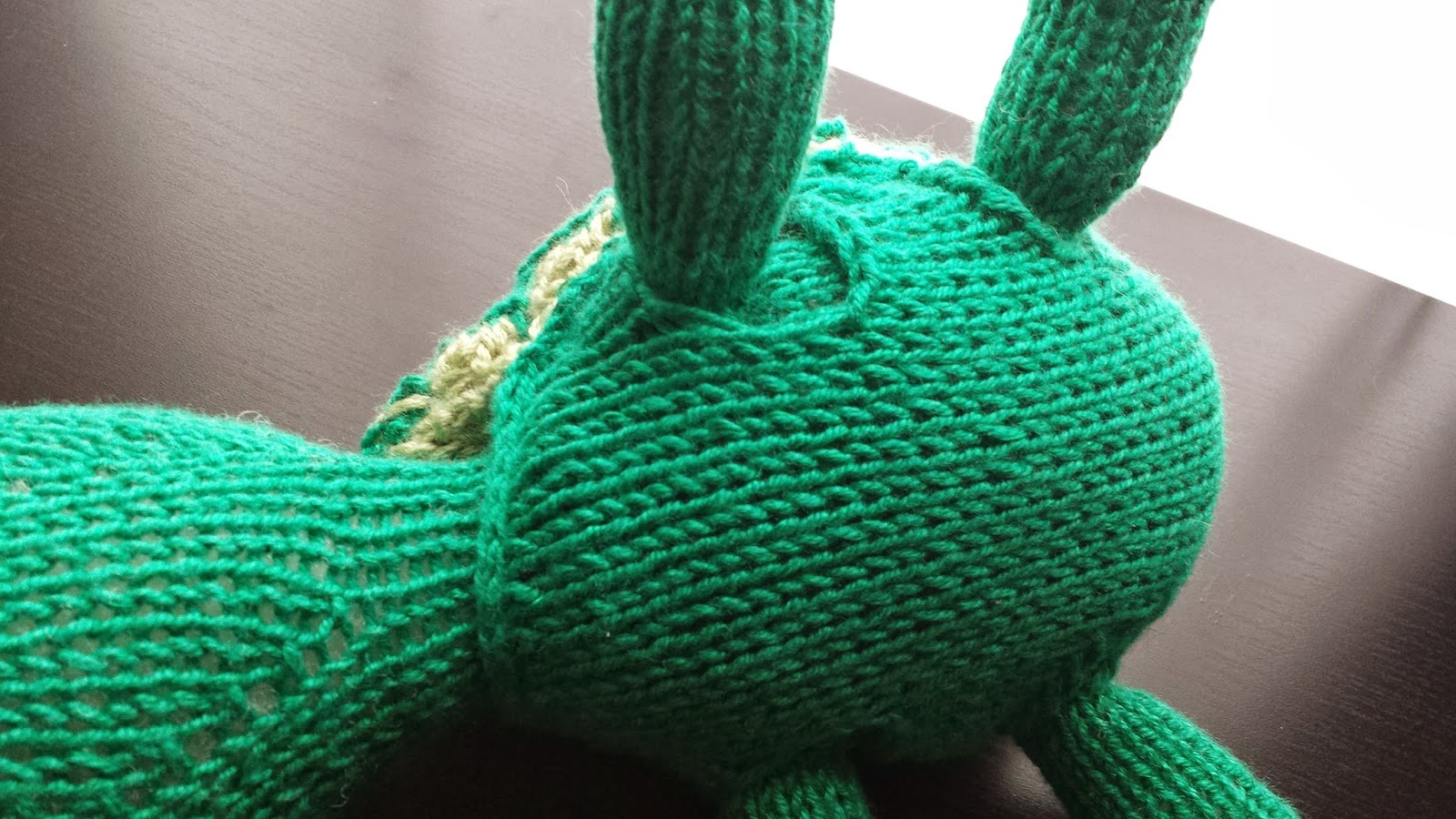 Can you tell I had fun with this project?

The reason why the project details indicate Feb 22nd until March 17th was due to my inability to sew on the dang eyes! I was so afraid of buttons and safety eyes. I'm not too familiar with babies so I had no idea they might chew on the stuffed animal and could accidentally ingest the eyes. Yikes - it sounds like my pup! So instead I opted to take some leftover black yarn and sew in some eyes. Not too bad. Not the best knit, but this was my first real stuffed animal so I'm not going to judge too much. 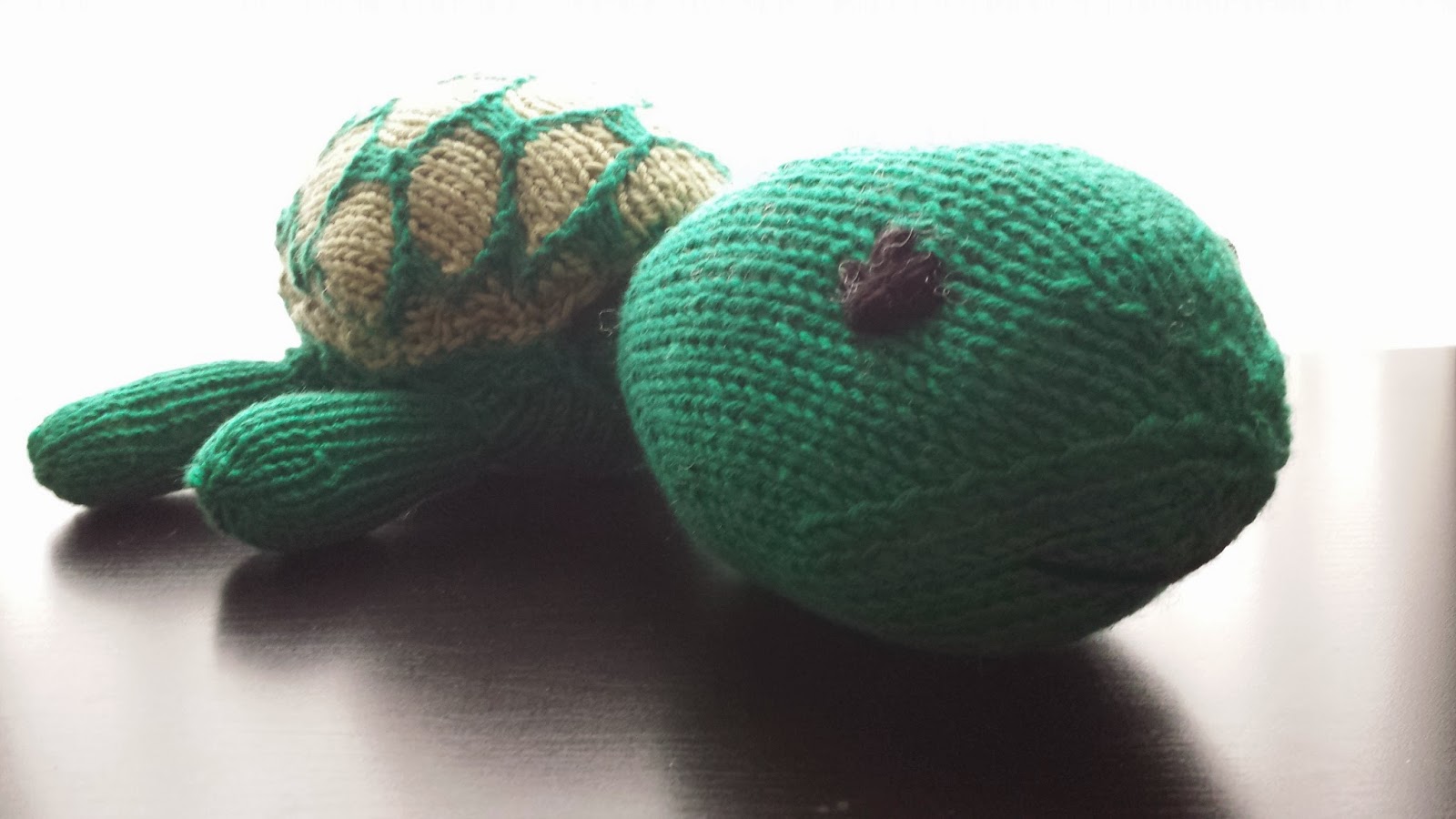 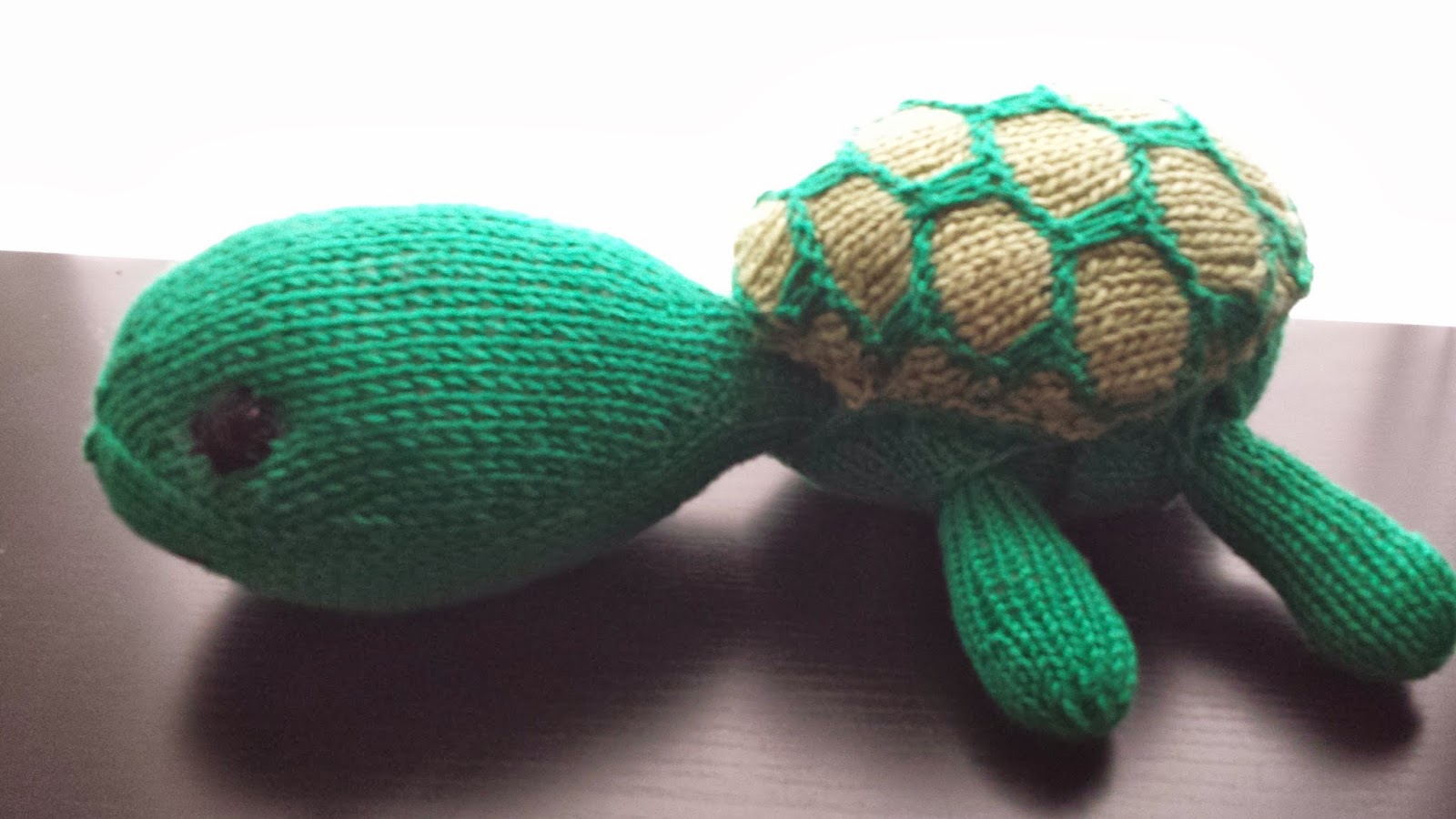