I think every Whovian/knitter has to make one.  As you know I've done other Who-inspired knits (Rosie's Tardis scarf comes to mind).  But now that I have knit THE SCARF, I think I can officially make the notch in my belt.
For my Whovian peeps you know what scarf I'm talking about.  For those of you that don't know - think over 12 feet of garter stitch.  That's right folks, I finally knit the Tom Baker, Doctor Who Scarf! 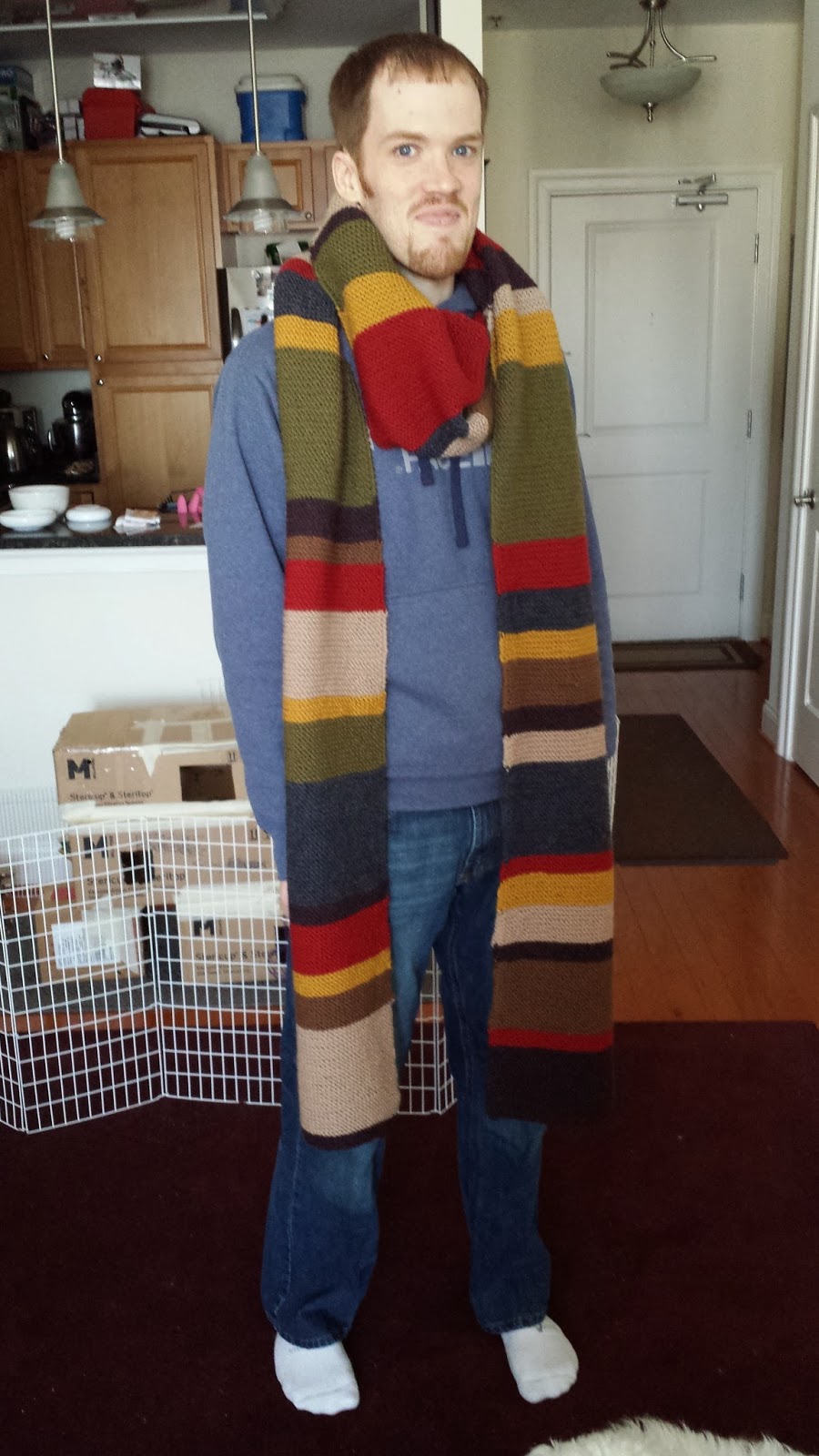 The Pattern - Because this was for the hubs, I let him pick out which season he wanted.  He chose the original (season 12) scarf.  While watching the 50th Anniversary specials we learned this original scarf was knit by Begonia Pope in a mere 2 weeks!  Mine took a little longer, and then another week of it sitting on the table needing ends woven in.  Poor hubs saw the finished scarf (with ends hanging out) and made a couple comments about wishing he could wear it during the coldest January we've experienced in Maryland.  I should have taught him how to weave ends in himself!

Also I should note that the original has tassels but he's not a fan of scarves with the fringe so he's still debating.  I told him even though the "real" one has it, if he's not going to wear it I'd rather leave the stuff off.  I'll let you know if the hubs ever makes a decision.  :)

The Yarns - I ended up using Knit Picks Wool of the Andes because it was cheap and the color selection.  Plus I wanted a nice, worsted weight wool.  To match yarns I used the color recommendations from www.doctorwhoscarf.com which seemed to match the original (Baker, season 12) colors nicely.  But also because I loved the color guide:
Because this color guide referenced common items, I felt a little more confident in selecting yarns for the scarf.  I ended up with:  Almond, Chestnut, Cranberry, Lava Heather (the only color I wasn't 100% satisfied with), Thyme, Tumeric, Onyx Heather, and Chocolate.  All are linked appropriately in my Ravelry page. 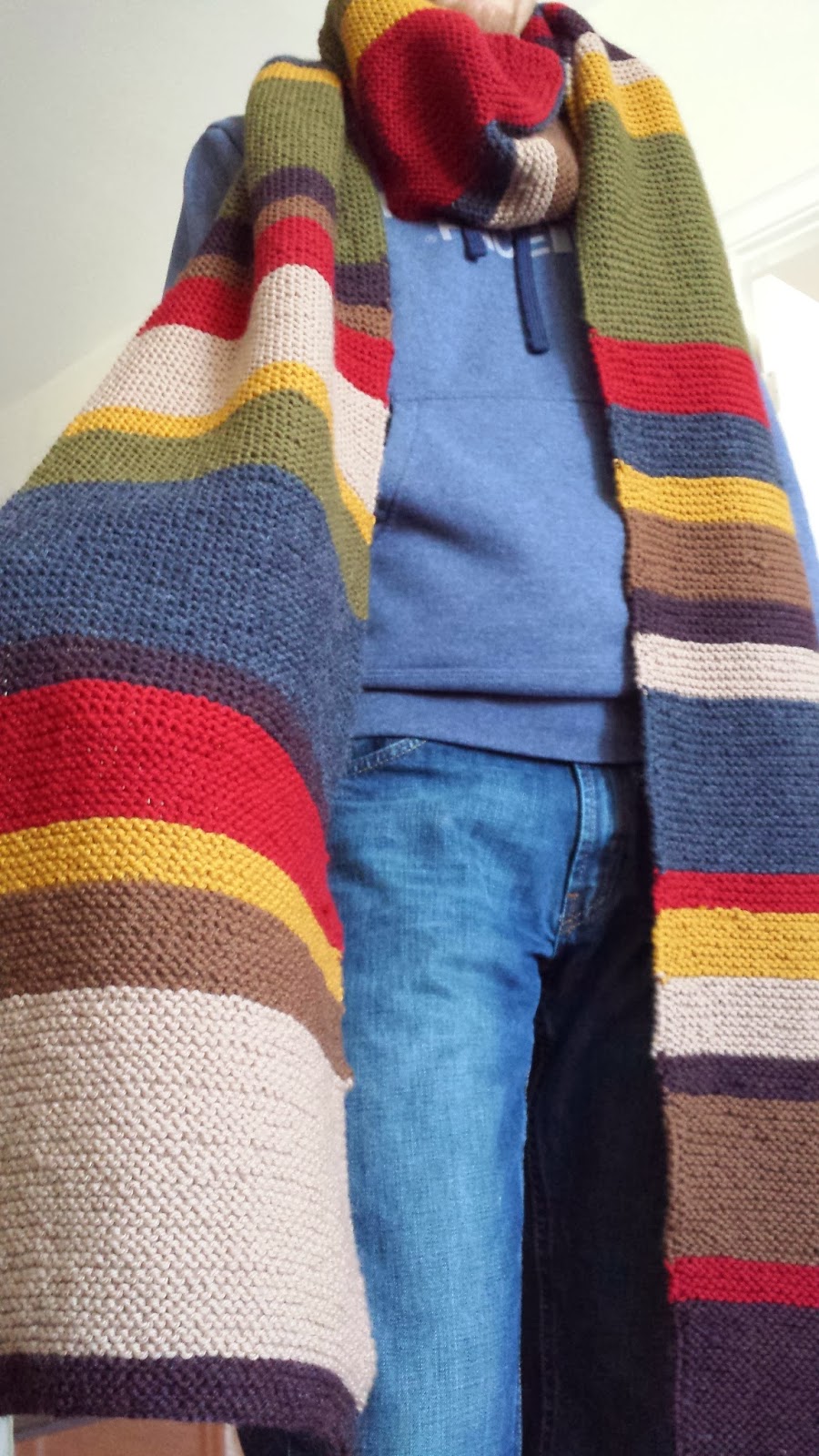 This picture was taken in direct sunlight so the colors are a little brighter and lighter looking than in real life.  But I think it works out well.

Even though this was a very simple (looong) striped, garter-stitch scarf, I still utilized a number of resources.  And it appears that many others who have taken to knitting this iconic scarf have too felt the need to gather other like-minded peeps.  First was the Ravelry group: The Dr. Who Scarf Support Group , an excellent group of knitters always available for a gripe or picture of their scarf.  I didn't participate in too many conversations, but I had a lot of fun lurking and found a number of helpful posts on weaving in ends (oooh all the ends!), color selection, and how to get through hundreds of rows of garter stitch.  I also used The Witty Little Knitter's website.  It seems that she has dedicated her life to knitting and studying the various Dr Who scarves! 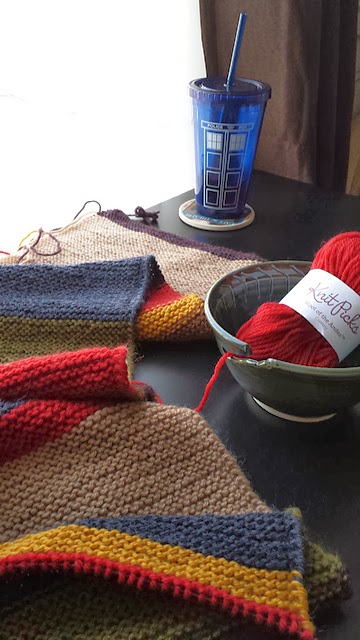 Overall it wasn't a bad knit.  It was nice to have something so mindless.  If I ever knit a stripped item again (I don't think I'll ever embark on this scarf again) I think I'll weave ends as I go.  It was little much at the end. 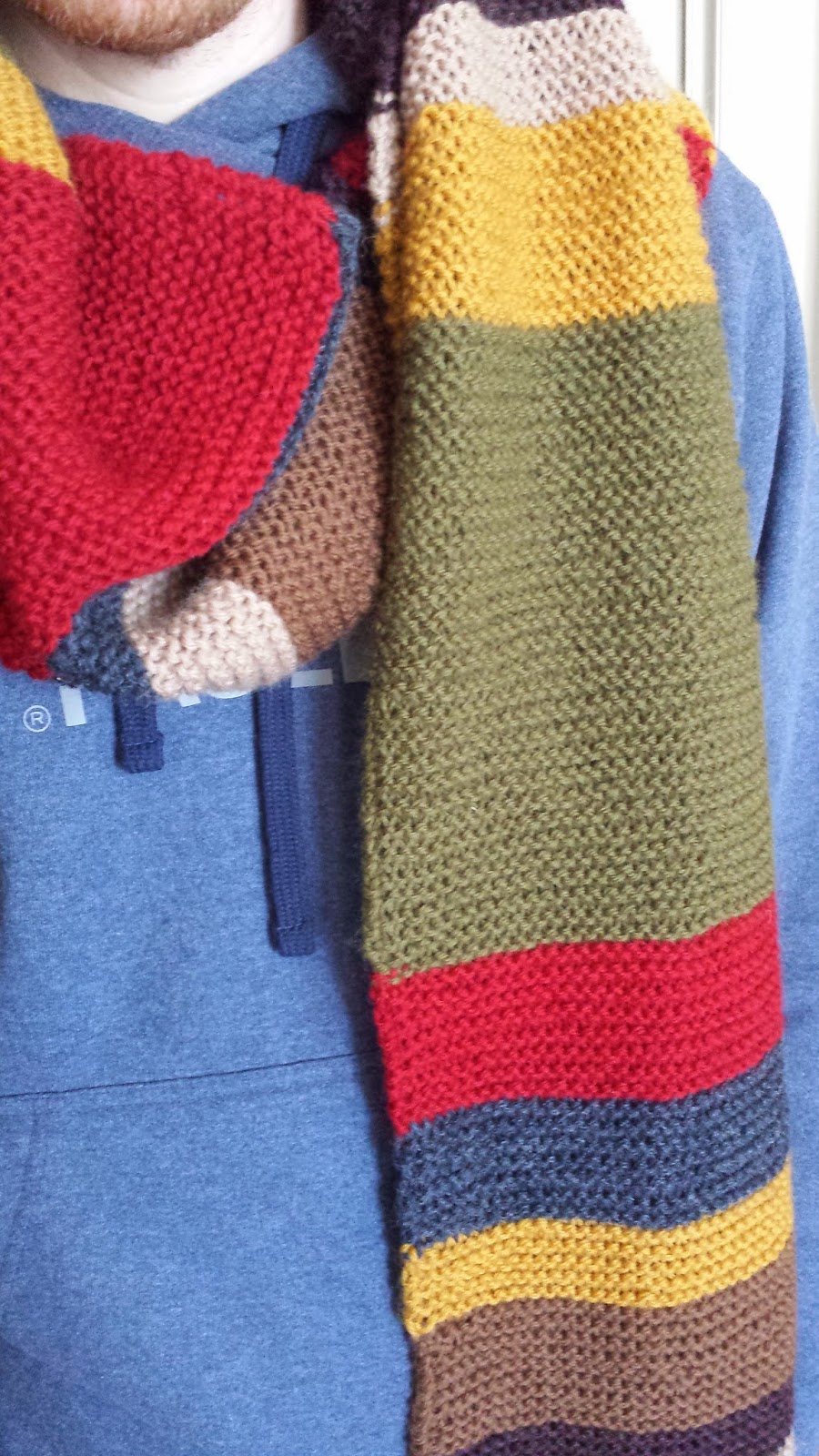 But overall I'm happy.  And I think the hubs is happy.  Actually it's the first item I've ever knit for him.  It only took what 8+ years? 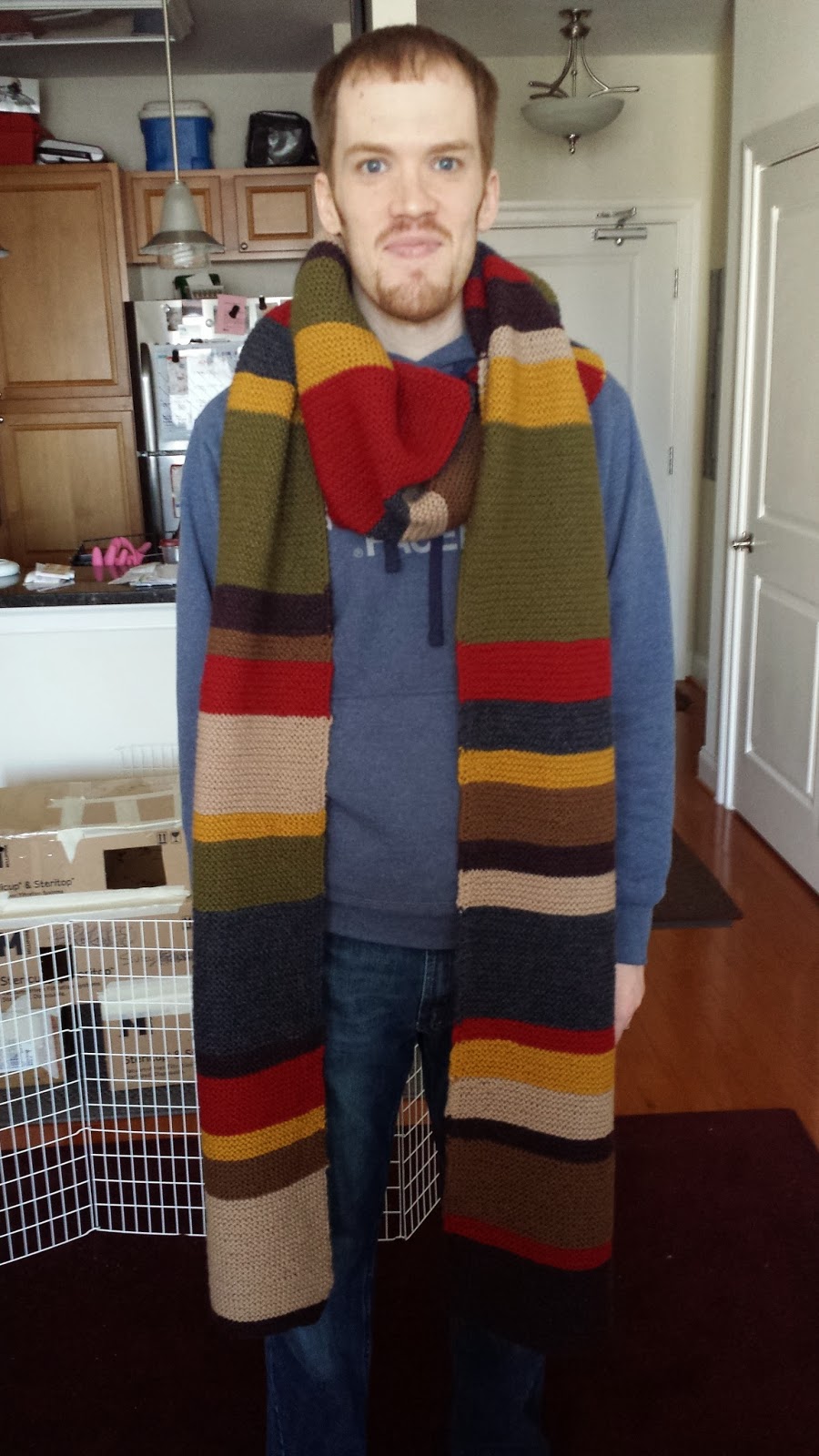