People have been asking me, "What else can you do with arm knitting?"

I typically tell them that in addition to a regular scarf an infinity scarf you could make a blanket/afghan, or a chunky poncho.  And a while back I was optimistic that I could create something truly different with arm knitting.  I decided I would create a skirt out of arm knitting.  But not just a skirt, but I would use arm knitting technique to create the fabric that I could then (slightly) felt and make into a cute skirt (with a sewn in liner).

So using my only skein of Cascade Yarns, Magnum Paints (a 100% chunky wool), I arm knit a long rectangular piece: 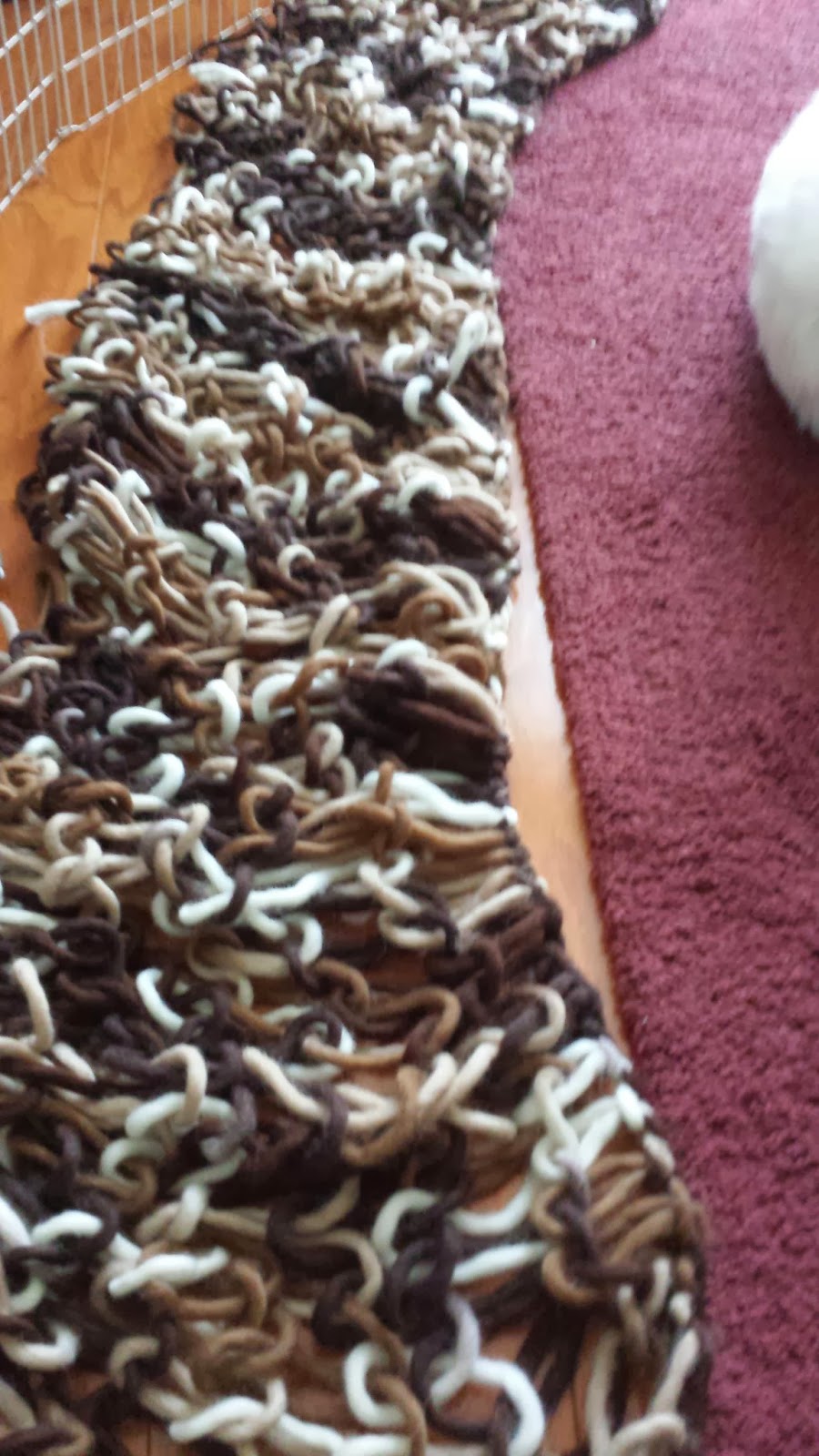 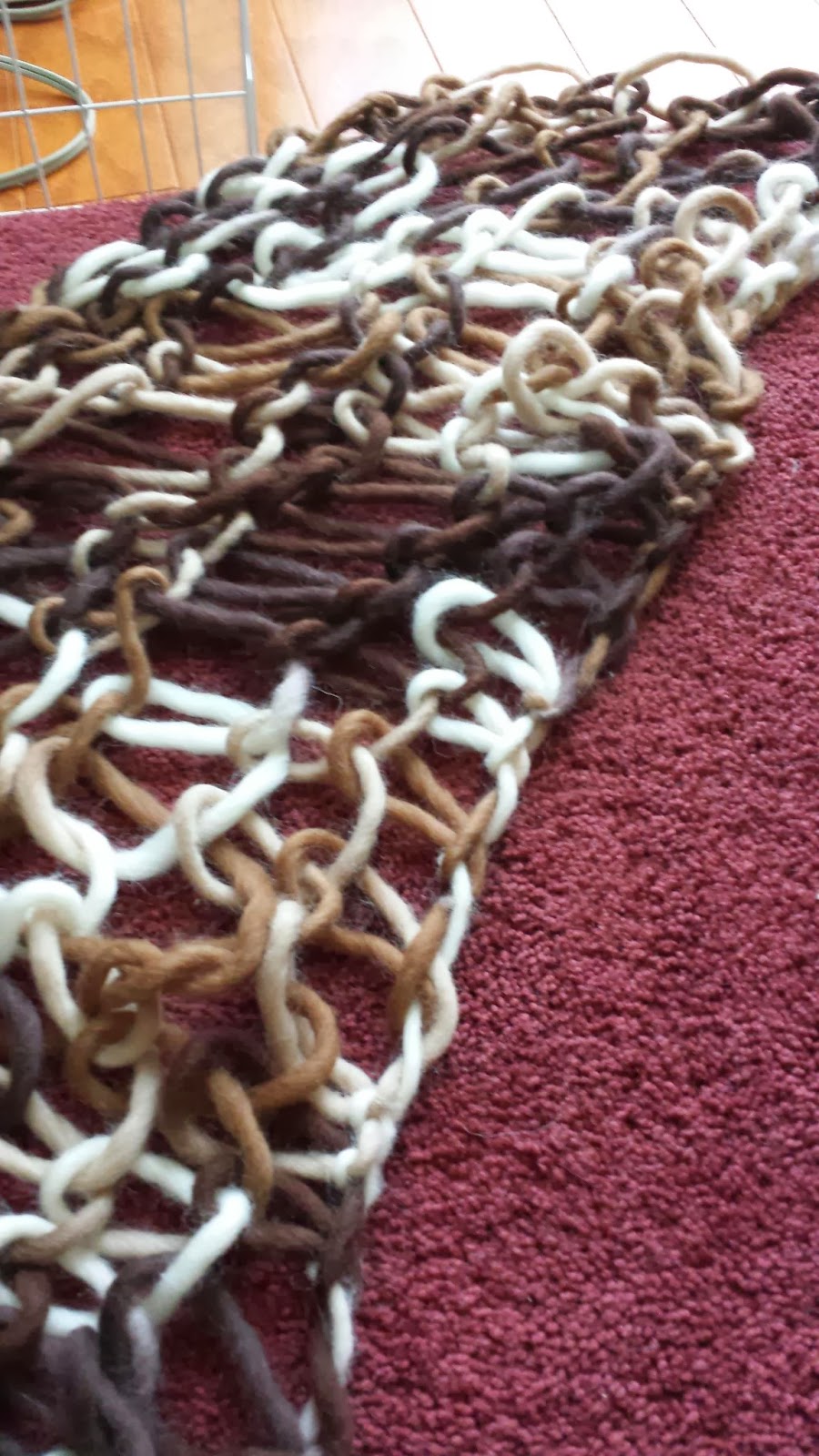 And then I attempted to throw it into the washing machine.

And it was an EPIC FAIL: 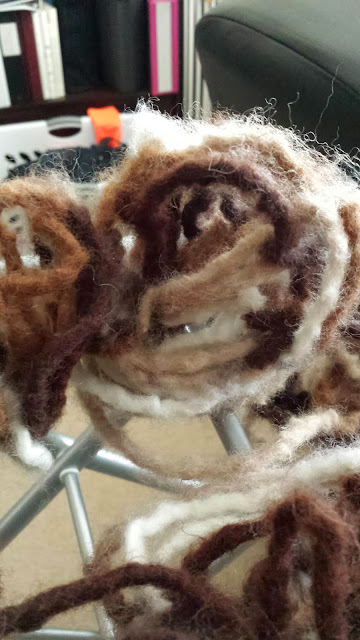 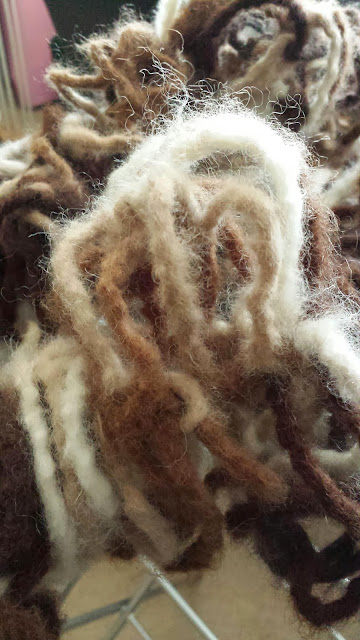 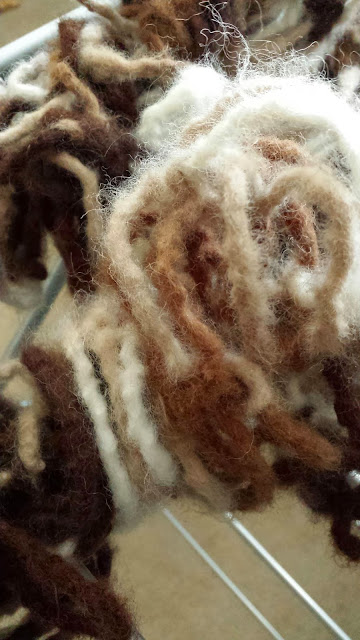 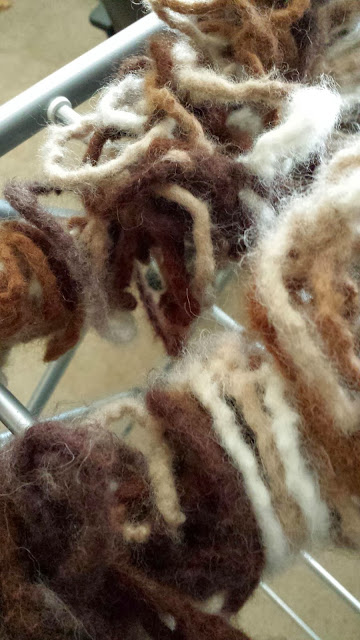 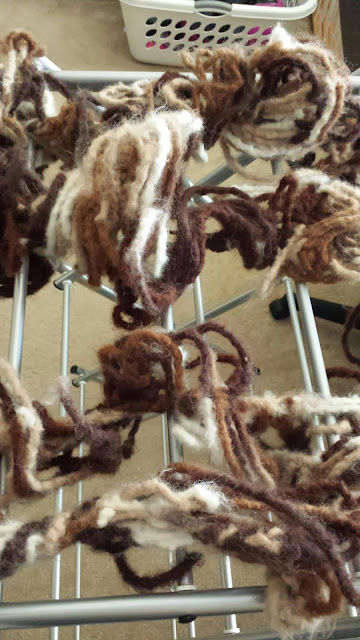 I know, I know.  You need the stitches to be near to one another to cling and "meld" together during the magical felting process.  I really don't know what I was thinking but as soon as I pulled the garbled mess out of the washer I knew exactly where I had gone wrong.

But there are others who have the right idea.  For example Creating Laura has done this:

Well... even when you fail, at least you come out with some good lessons learned!

Sigrun said…
Is it still unfelted enough that you can unravel it and get creative on something else?
February 4, 2014 at 11:01 AM

Anonymous said…
That sounded like such a good idea! Too bad it didn't work out... I'm also wondering if you still use the yarn for something else?
February 4, 2014 at 1:59 PM

Lupie said…
My daughter has done this and made many scarves for us. She is an art teacher and will be teaching some of her students.
February 5, 2014 at 4:08 AM