I have to admit that I missed knitting this past year but I just never made an honest attempt to get back into the game.  I did half-heartily start a couple projects (posts pending), but the projects stayed as UFOs on my needles for months.

So what brought me back into the game? 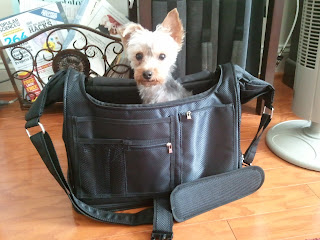 As I mentioned previously we adopted her from the Washington Animal Rescue League and named her after the scientist Rosalind Franklin, pioneer in molecular biology and the first to confirm and show the helical structure of DNA, and many other accomplishments.  Of course that's a little pretentiousness, so we call her Rosie.  :)

When we first brought Rosie home she looked like this: 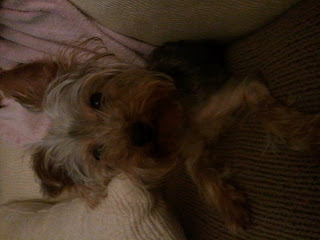 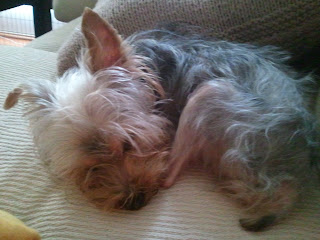 A total, hot mess - but we fell in love with her from the moment we saw her.  After a wash and a cut she started to look like this: 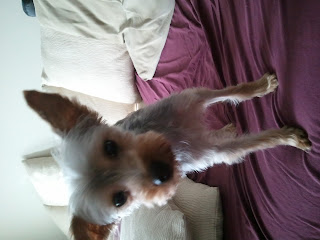 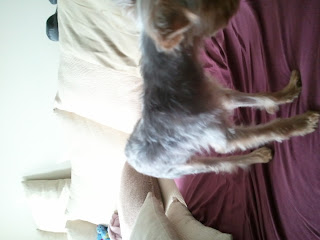 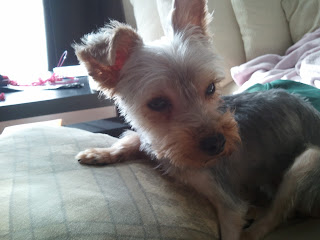 At a mere 3.5 pounds she was malnourished and weak.  She had also just been spayed and had some baby canine teeth removed.  WARL did a wonderful job nursing her back to health after being dropped off at the shelter by a family who neglected her - but poor little Rosie needed more.  And after months of working with her I'm happy to report she is MUCH healthier (now 5.5 pounds) and can easily run, jump, play and eat (actually she eats everything and anything now and need to watch her and dog proof the apartment). 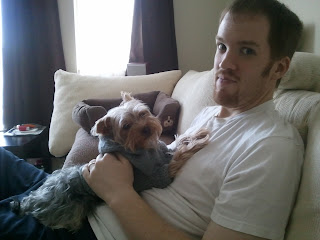 And (here is the knitting update) when you get a dog, one of the necessary items (at least if you live in the city) is a doggie poop bag dispenser.  And rather than buying one (maybe I'm just cheap) I decided to knit one... and to make it fun.  So after perusing Ravelry I noticed a number of poop bag dispenser patterns: One for a knitting machine or in pouch form.

Well taking these ideas and making some slight modifications, I decided to knit a poop bag dispenser in the likeness of a strawberry... you know how much I love my strawberry motif from previous projects like my purse for a child, and cup cozy. 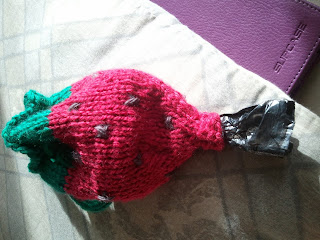 It's actually nice because the i-chord ties the top for easy bag refills, and/or to easily tie the poop bag dispenser to a walking bag or to to leash as we walk her.  And... this started me (slowly) back into the knitting game!

Sigrun said…
Welcome back!! You were missed. It breaks my heart what Rosie went through, but I'm thrilled that she now has a happy home. Glad you're back to knitting.
February 25, 2013 at 10:39 AM