This weekend marks the celebration of the Lunar New Year.  Most people know this weekend is the Chinese New Year, but it is also known as Seollal, the South Korean New Year.  The official day this year falls on January 23rd and is the year of the Dragon.  Seollal is one of the most celebrated holidays in Korea -- it is typically a long weekend so people can go home and spend time with the family, honor the family ancestors and elders and eat lots of yummy food!

For the past couple of years the hubby and I have been trying to honor my family and have started to incorporate some of the Korean holidays and traditions.  While living in Indiana this meant eating traditional foods (yum!).  But now that we live in a larger city that has lots of diversity, we are lucky to celebrate by attending a Chinese New Years parade!  We had one this weekend right in our town square and next weekend we plan on going to DC's China Town event.

As I said we watched the New Years parade right here in our town center.  Here are some of the pictures from the event: 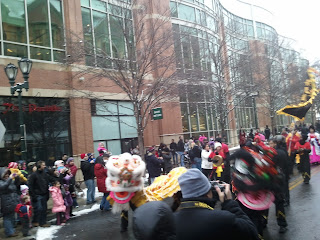 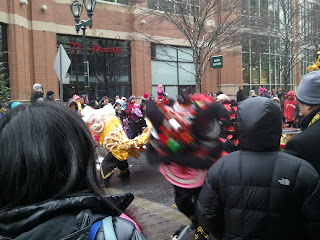 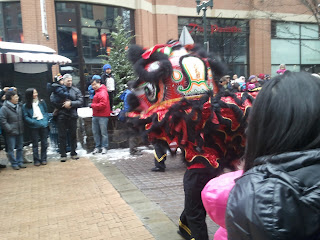 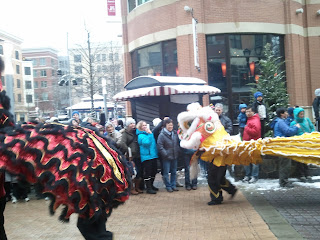 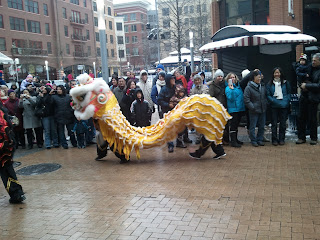 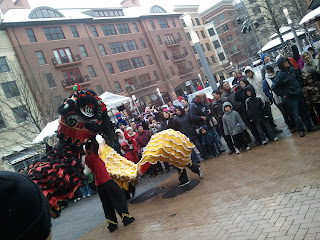 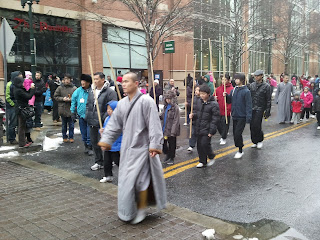 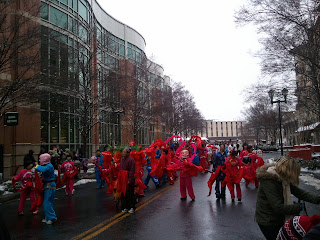 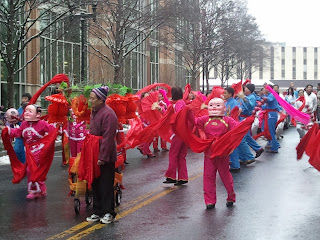 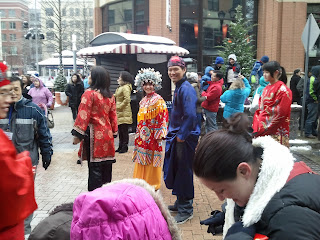 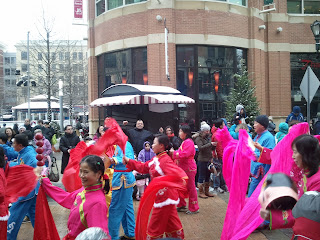 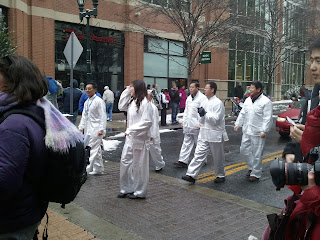 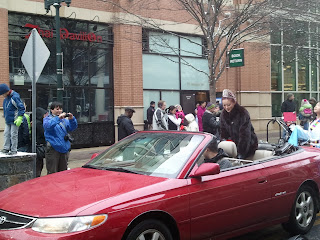 After the parade there was a small market with local Asian vendors selling products and services (I was very impressed with the number of local attorneys, doctors, accountants and such that are geared to helping the Asian community).  We meandered around, looking at the foods, jewelry and kids games.  I was also impressed with the local arts center... for the next month they will feature Asian arts.  The dragon below caught my eye! 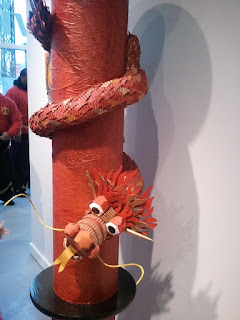 Later that evening we made some food.  Rather than making the traditional New Year's rice cake soup (I looove this soup, but the hubby isn't a big soup fan) we opt'ed for dim sum and mandu (egg rolls and dumplings).  We had some friends come over and hang out.  Overall a fun weekend.