The next couple of blog posts will feature some of the recent adventures the SO and I have taken the past few weekends.  You can think of it as us trying to crunch in our last bits of soaking in Indiana history, culture and sites right before we leave the state!

To begin the adventures, the SO and I recently visited Battleground, Indiana.  Why might we do this?  Well we found out this was the event that spurred the infamous US Presidential Curse.  Have you heard of it?  Between 1840 and 1960 US presidents elected in a year ending with a "0" have either been assassinated or have died of natural causes while in office.  This is known as the Presidential Curse (also known as the Curse of Tippecanoe, Tecumseh's Curse or the Twenty-Year Presidential Jinx).

One explanation has been a story about an old Native American curse placed on early America, so that every 20 years the "great chief" dies in office.  There are a number of variations of the curse.  But one centers around the Battle of Tippecanoe (1811).  William Harrison (the eventual 9th President of the US) bribed the Native Americans living in the Indiana Territory to cede their lands to the US government.  This, of course, angered the Shawnee Native Americans and Chief Tecumseh declared war (became known as Tecumseh's War) to try to stop the white westward expansion.  One of the bloodiest battles was the Battle of Tippecanoe which led to the eventual War of 1812 and to the eventual slaying of Tecumseh.  To revenge the death of his brother, Tenskwatawa, a Shawnee medicine man known as The Prophet, placed the curse on the leaders of the white man.

Horrible to bring up the fact that our founders committed a genocide on the native peoples.  But it is an aspect of US history.  The SO and I were a bit surprised to find out the curse and Battle of Tippecanoe happened in our back yards here in Purdue country.  So we decided that before we left the area we should go and take a visit to this historical site.

In Battleground, Indiana you can actually visit the site of the 1811 Battle.  Today there is a memorial and museum dedicated to the history of the battle. 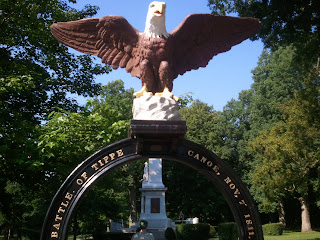 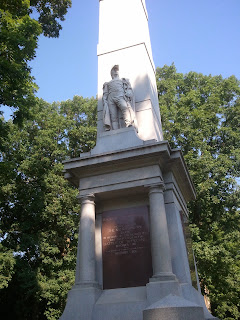 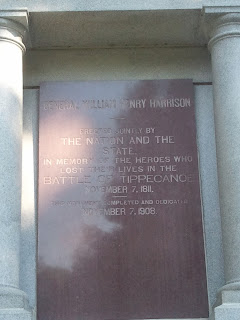 The area actually has a small park and a number of hiking and walking trails. 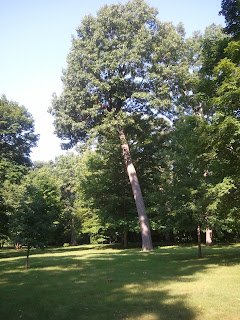 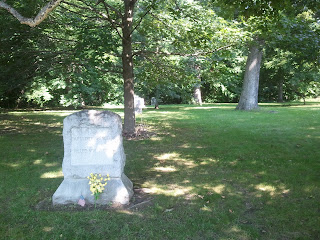 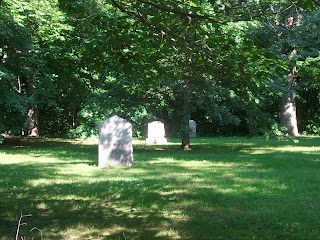 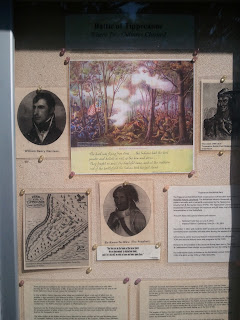 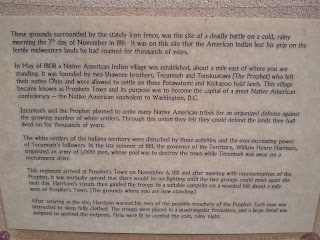 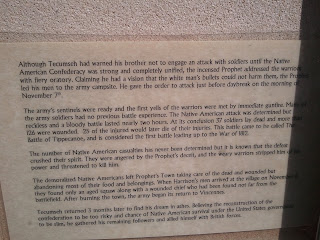 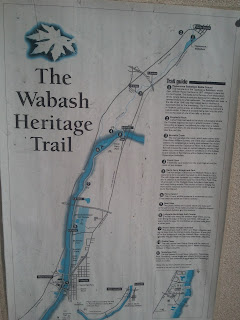 A map of some of the trails and local areas of interest (i.e. where other battles and skirmishes were fought).

It took a little while but we also found the Prophet's Rock.  This was the spot where Tenskwatawa endlessly chanted and delivered prophecies that the white men would fall and the Natives would eventually prevail. 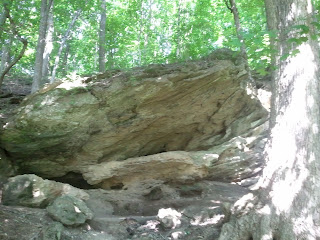 They say he chanted atop this rock.  I was surprised how huge it actually turned out to be.  And it was up on a hill!  I swear this was the largest rock and hill I've seen in Indiana since moving here 6 years ago! 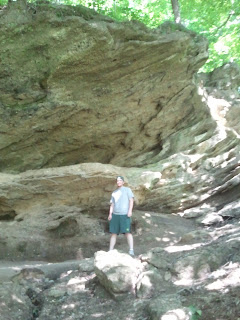 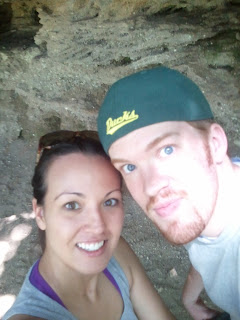 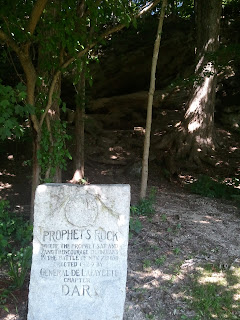 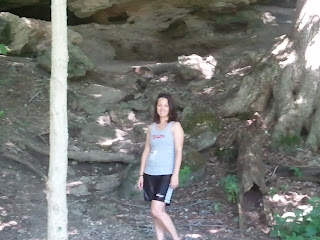 So yeah, not the nicest location we've ever visited.  But it was interesting to learn (and re-learn) some American history.  We never think to visit local historical spots and today was a reminder that we really should.
Email Post

lunaticraft said…
As a US History Teacher, I love everything about this post. <3 Additionally, that's so awesome that you've got the site of Tippecanoe right there. Looks like a great site!
July 13, 2011 at 1:49 PM