Not so Wandering Wednesday: Isolation

Hey there!
I was worried that I wasn't going to get today's post done. But due to some miscommunication with the doctor and nuclear medicine.... I present to you: Not so Wandering Wednesday!
Here's a rundown of my week thus far:
Monday and Tuesday I went to the doctors to get shots of Thyrogen, a recombinant TSH (thyroid stimulating hormone). The past few weeks, as you've heard me bitch, I've been on the low iodine diet. So now, I have (well lets hope DON'T have) thyroid tissue that is super-duper stimulated (by the TSH) and that is craving iodine (the only tissue that takes up iodine is ironically thyroid tissue). Today I went to nuclear medicine and was given a low dose of radioactive iodine, which in theory, will get "sucked up" by any super sensitive thyroid tissue. Then on Friday I will be going for a whole body scan which will show any "lit up areas" as tissue/aka cancer tissue.
So really not too bad. I get a little nauseous from the RAI pill, but that might be more psychological than actual. However, I'm peeved because of the miscommunication between my doctors, nuclear medicine and the nurses.
1 - Thyrogen was $2000 (thank goodness for insurance!). Anyone with a bit of endocrine knowledge will know that hormones have a very short half-life. TSH is around 72hrs. So I have to question nurses who say the Thyrogen will still work 1.5 weeks post-administration. Radiation in 1.5 weeks will work? Hmmm....
2 - I was told I could go into work after today's low dose of radiation. As long as I took precautions, such as staying away from people and drinking water to flush it out of my system. But no, today I was told by nuclear medicine that I need to stay home today. Stay 7 feet away from everyone for the next few days. Use plastic utensils and such for a few days. Shower a couple time a day. Essentially the same stuff as if I had therapy dose of RAI, just for a couple days rather than a week. It would have been nice to have notification of this earlier. Hmmmm....
But I guess it's not too bad. I basically sit in the office (a room rarely used in our apartment) and watch tv (today I have a couple seasons of Ducktales on DVD!). And I have a couple knitting projects that I have to finish up and blog about! Between that and maybe doing some homework to get ahead I think my day in isolation will go just fine. So that's why today is Not so Wandering, because I'm here isolated in a room!
The one thing that does wicked suck: I can't give any hugs or kisses to my two dudes! SO and Kyle bunny... I heart you guys! 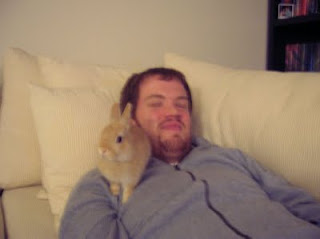 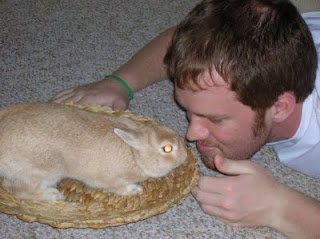 lunaticraft said…
Good luck with everything! I'll be sending good thoughts your way!
September 17, 2009 at 2:12 PM